Ten councils in Scotland are to get funded support on studies as part of government plans to establish ‘electric towns or cities’. 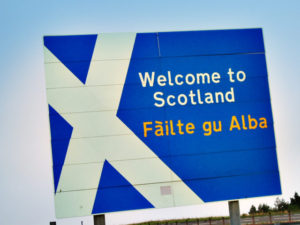 The funding, intended to accelerate fleet and private take-up of electric and PHEV vehicles, follows the publication earlier this year of the Switched on Towns and Cities Challenge Fund which established a competitive capital fund with an annual call for bids for funding for innovative plug-in vehicle support measures.

The funding, provided by the Scottish Government and delivered by the Energy Saving Trust, was originally intended for just five towns or cities in the first year but this was ramped up to 10 following the publication earlier this month of new Scottish Government plans that set out ambitions to deliver 20 electric towns by 2025 and invest £15m in charging infrastructure. The plans, which also call for more than 500 new ultra low emission vehicles to be rolled out public sector fleets, will help drive the Government’s aims to phase out petrol and diesel cars by 2032.

The 10 cities have now been identified following the first round of the challenge fund and bids are currently being assessed.

Towns covered include Musselburgh, a commuter town on the outskirts of Edinburgh, which is planning to expand the number of EVs within its own fleets. The study will help identify a range of charging solutions which will meet the needs of commuters, council fleet, taxi and private hire vehicles

Dunfermline in Fife is to get funding for a study that will explore opportunities to assess the suitability of future charging infrastructure in the town centre and assess Fife Council’s own vehicle fleet to explore complimentary measures to help meet decarbonisation targets.

Cabinet Secretary for Transport, Infrastructure and Connectivity Michael Matheson said: “This is an important step forward in our commitments within the Programme for Government to introduce 20 electric towns before 2025 and to phase out the need for new petrol and diesel cars and vans by 2032.

“Working in partnership with local authorities, we will provide support to further develop our already comprehensive charging network. By increasing the availability of charging infrastructure and further incentivising the use of electric vehicles, we hope to see continued growth in the number of users discovering the benefits of electric vehicles.”