Mainstream company car drivers are fast making the switch to electric vehicles but will need much more help from fleet departments than early adopters. 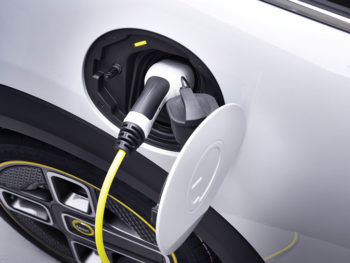 So says European mileage capture, audit and fuel management firm TMC, adding that the number of EV drivers on its fuel cost management database has more than doubled so far this year, compared to January-October 2018.

The business captures and validates fuel cost and mileage data for over 7,500 plug-in fleet cars and LCVs, and says it’s now seeing a different kind of driver taking an interest in switching to an electric vehicle.

Paul Hollick, managing director of TMC, said: “There was a first wave, who were environmentally motivated or wanted to be early adopters of the technology. They were happy to do all their own research into issues like range, home charging and mileage payments.

”The second wave are more pragmatic. They haven’t paid much attention to EVs so far, but now they’re hearing claims that, for example, the BIK tax and fuel on an EV may be as much as 95% cheaper than on a diesel after next April . They also see how EVs offer a financial win for the company too. They will look to the business for detailed information and advice on the pros and cons of EVs and PHEVs vs. petrol or diesel.”

Hollick added that a common sticking point on EVs is uncertainty around fuel reimbursement for EVs, particularly PHEVS.

To help fleets advise their drivers, TMC has produced an updated and expanded version of our guide to electric vehicle fuel reimbursement rates. The guide is available to download free from the TMC website and also includes advice on reimbursing mixed fuel and electricity costs so that employees with fuel cards don’t incur any liability for Benefit-in-Kind tax on private fuel.

Previous: True cost of not plugging in PHEVs revealed in new research
Next: New partnership could see vehicles able to pay for tolls and charging