Severn Trent Water is pushing ahead with its commitment to converting 100% of its fleet to electric vehicles by 2030 as it signs up to the EV100 initiative. 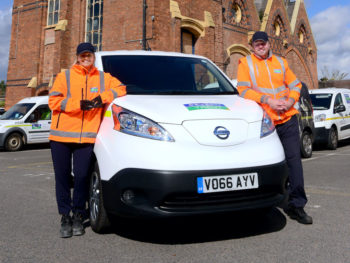 The business, the UK’s second biggest water company, runs more than 2,000 vehicles as part of its work to service 4.4 million homes and businesses in England and Wales, and announced in 2017 that it would switch to alternative fuel vehicles as soon as possible; its first electric vans went live in November that year.

More recently, it’s confirmed a target for all vehicles to be electric by 2030 – availability permitting, in particular for its tankers – as part of its Triple Carbon Pledge. The Pledge also plans for operating with net zero carbon emissions and generating 100% of its energy from renewable sources by the same date.

Reinforcing these targets, Severn Trent Water has now signed up to the EV100 campaign, run by The Climate Group. First founded three years ago, the campaign includes members such as LeasePlan, Ikea and Deutsche Post DHL Group, while recent additions also include Lex Autolease and Zenith.

A spokesperson for The Climate Group commented: “With businesses owning over half of all new registered vehicles on the road, it is crucial that companies lead the shift to electric vehicles. Through their investment, and influence on millions of staff and customers worldwide, they can address rising global transport emissions. They can also significantly enhance mass demand for electric vehicles.

“By setting out their future EV purchasing requirements on an ambitious timescale, companies can drive mass roll-out and make electric cars more rapidly affordable for everyone around the world.”