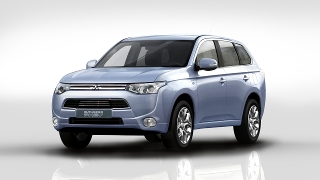 The SMMT attributed the rise to increased choice, coupled with a growing desire for reduced costs and greater efficiency

Mike Hawes, SMMT chief executive, said: ‘With a variety of new plug-in models expected in 2015, this area of the market will continue to grow significantly. For the market as a whole, we expect a more stable 2015 as demand levels off.’

Phil Harrold, automotive partner at PwC, welcomed the figures, saying: ‘While the initial outlay to buy hybrids can be quite high, car buyers are being attracted by their low operating costs.

‘That said, there is still not enough long term user data available to accurately predict the life cycle of the batteries in ULEVs. The industry expects that replacing the battery could be required after three or four years and with replacement potentially costing in the low thousands of pounds, this could come as a shock to some consumers.’