Short-term leasing could convince drivers that EVs are the future, says SOGO 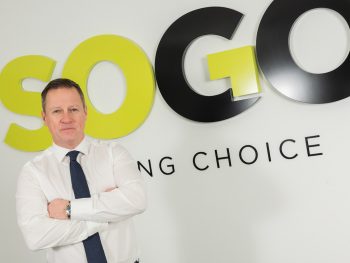 That’s the view of ultra-flexible leasing provider SOGO, which surveyed drivers and found one in five British motorists (21%) are worried about the reliability of electric cars.

New electric car registrations rose 185.9% last year to 108,205 units and the research by SOGO found that a third of drivers (30%) plan to get an electric car in the next five years.

It’s something that newly formed mobility provider SOGO – which is focused on ultra-flexible leasing – is looking to address. The company is providing a range of services, including carbon-neutral leasing, to help drivers make a move to electric vehicles and it has expanded its fleet of EVs, offering competitive lease terms from one to 12 months. SOGO has already said that at least 35% of its initial fleet will be electric vehicles and this is likely to increase over the coming months.

As part of its offering to help consumers into electric vehicles, SOGO has partnered with Rightcharge to help drivers identify and install the right charging unit for their type of usage and budget. The partnership also enables drivers to access government grants and green electricity tariffs, along with smart billing options that enable EV charging to be split from the drivers household bill to make reimbursement for company car mileage easier.

Drivers are also provided with an Electric Juice Network card to access one of the UK’s largest network of public chargers.

Karl Howkins, managing director of SOGO, said: “I believe that short-term leasing is essential to the mass adoption of electric vehicles before 2030 when sales of all new cars and vans powered wholly by petrol and diesel will be banned.

“I’m sure that the flexibility to lease an electric car for as little as a month is enough to convince drivers that this is the future of car ownership and access to vehicles, to suit rapidly changing lifestyles alongside both domestic and work scenarios. Sales of electric cars are predicted to continue to grow as the Government’s 2030 ban on the sale of new petrol and diesel cars approaches.”