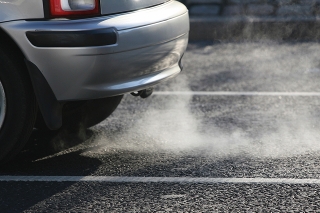 In a unanimous verdict, the judges ordered that the Government must submit new air quality plans to the European Commission no later than the end of this year.

The case was brought about by ClientEarth – a group of environmental lawyers – following the UK’s failure to comply with EU law setting limits for NO2 pollution in areas across the UK.

Under the current Department for Environment, Food and Rural Affairs (Defra) air quality plan, the UK is to break European nitrogen dioxide limits until at least 2030 – more than 20 years after the original deadline.

The hearing follows last year’s ruling from the European Court of Justice which held that the UK must have a plan to achieve air quality standards in the "shortest time possible".

In response the Supreme Court said: “The new government should be left in no doubt as to the need for immediate action, which is achieved by an order that new plans must be delivered to the Commission not later than 31 December 2015.”

ClientEarth Lawyer Alan Andrews said: “Air pollution kills tens of thousands of people in this country every year. We brought our case because we have a right to breathe clean air and today the Supreme Court has upheld that right.”

“This ruling will benefit everyone’s health but particularly children, older people and those with existing health conditions like asthma and heart and lung conditions.

“The next Government, regardless of the political party or parties which take power, is now legally bound to take urgent action on this public health crisis. Before next week’s election all political parties need to make a clear commitment to policies which will deliver clean air and protect our health.”

The timing of the ruling also coincides with the stark findings of a new study published this week by the World Health Organisation (WHO) estimating the UK suffers around £54bn of economic costs each year associated with air pollution. The WHO said this accounts for 3.7% of GDP in Britain where 29,000 people are estimated to die prematurely each year from air pollution.

Last month also saw the city of Paris impose a partial ban on cars and lorries for one day last month as air pollution reached dangerous levels across western Europe.

Gasrec, a supplier of liquefied gas fuel, said: “We would urge the UK government to follow the lead of other European cities like Paris, which has a plan to remove most diesel vehicles by 2020 and replace diesel buses with much cleaner gas fuelled buses. This approach also makes commercial sense as running on gas is less costly than diesel even after capital costs are factored in.”

The Society of Motor Manufacturers and Traders (SMMT) also commented, with Mike Hawes, chief executive, saying: “Industry recognises the issues around air quality and is keen to see policy that reflects the progress made on vehicle emissions and wider challenges of CO2 reduction. Policies to improve air quality should focus on encouraging the uptake of the latest low emission vehicles, while also addressing other sources such as electricity generation and heating, which between them account for more than half of NOx emitted in the UK (Defra). Today’s diesel engines are the cleanest ever: high tech filters capture 99% of particulates and NOx emissions are down 84% since 2000.”