Tesla has pushed back its production target of 5,000 Model 3 electric saloons until January, blaming bottlenecks in manufacturing and diverting staff to help speed the process up. 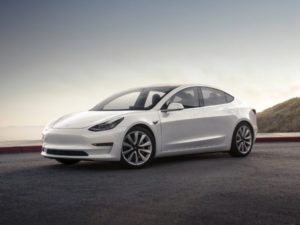 In its Q3 Investor Update, the carmaker said some parts of its production process had shown they could sustain 1,000 units per week, while others were slower at 500. Increased automation compared to the Model S and Model X, and complexity of manufacturing the battery modules are claimed to be the main bottlenecks, which it hopes to increase over the coming weeks.

At those volumes, the factory is significantly behind its own targets; in its Q2 Investor Update, it had outlined plans to reach 5,000 units per week by the end of 2017. With that same document outlining 1,800 net orders globally per day following the first deliveries, the carmaker also needs a 12-fold production increase to keep up with demand.

Tesla said it expects to reach 5,000 units per week by the end of Q1 2018, after which it will look to rapidly ramp up weekly production to 10,000 units later in the year. The Model 3, a compact executive car with a 220-mile range (based on the US EPA test cycle), is still available to reserve for delivery in the UK in 12 to 18 months.

Tesla delivered its 250,000th car in Q3 2017, and deliveries for the Model S and Model X are expected to reach 100,000 cars globally by the end of the year – a 30% increase on 2016. That’s despite production slowing in the fourth quarter as staff are moved over assist with the Model 3.