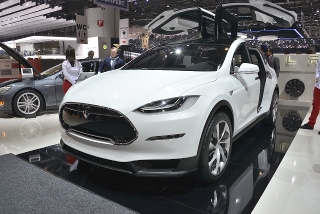 Discussing future plans in its Q1 2015 investors’ conference call, co-founder and CEO Elon Musk said that the company is investing heavily in new technology, reduced per-unit manufacturing costs and additional capacity for the new and existing models – factors which had contributed to its $154m operating loss for the first three months of the year.

In the short term, this will prepare it for the Model X SUV, which will be available to configure – though likely only for North America at first – from July, with first deliveries expected in the autumn.

Musk said the delays were a result of bigger than expected differences to the Model S, comfirming that the Falcon Wing doors, which hinge upwards to allow easy access to the seven-seater’s third row, will be retained from the concept car. The range will also include a high-performance dual-motor version similar to the Model S.

The Model 3, a compact newcomer which will be Tesla’s pure electric rival to BMW’s 3 Series, is scheduled for a March 2016 unveiling, which implies it could break cover at the Geneva Motor Show. Musk said he believes this will arrive from mid-2017, though added that the autumn was more realistic.

Tesla delivered 11,160 vehicles globally during the first quarter of 2015, up 10% on forecasts, and is anticipating expenditure will continue to rise during the second and third quarters. With the first Model X deliveries, the carmaker expects to have delivered 55,000 units by the end of the year.