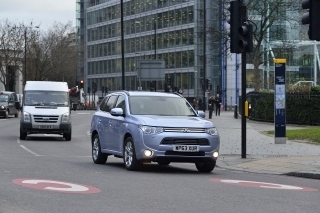 The agency has published a Prior Information Notice (PIN) that seeks views and information from a broad range of potential suppliers and partners on the future of vehicle charging in London.

This includes plans to deliver a rapid charge network for taxis, private hire vehicles and other commercial fleets to support the Mayor of London, Boris Johnson’s plans for an Ultra Low Emission Zone (ULEZ) announced earlier this year.

It added that rapid charging is needed to support the next generation of zero-emission capable vehicles in the Capital.

The network would see an initial investment of £10m in rapid charging, secured by the Mayor from National Infrastructure Plan funding.

Leon Daniels, TfL’s managing director for surface transport, said: “To complement the introduction of the world’s first ULEZ and boost the number of zero emission capable vehicles on London’s roads, it’s important that the right charging infrastructure is in place.  In particular over the next few years there will be more zero emission capable vehicles coming to market which are suitable for use as taxis or commercial fleet vehicles.

“The demands of these types of vehicle are significantly different to privately owned electric cars, which is why we are exploring how their charging needs can be met. The publication of a Prior Information Notice is the first step in that process.”