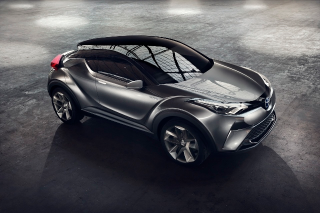 Over a quarter (26.4%) of Toyota’s 108,900 UK sales were hybrids last year, and the bulk of those were the Yaris and Auris which were the UK’s biggest-selling alternative fuel vehicles. This year, the brand is aiming for 110,750 UK sales, with around 31% to feature a hybrid drivetrain, according to general manager of Toyota vehicle marketing, David Hilbert.

A large part of that increased share will come from the RAV4, which gained the segment’s only hybrid drivetrain – with two or four-wheel drive – as part of a mid-cycle facelift at the start of the year. Half of UK customers are expected to opt for the hybrid, though that’s largely because four-wheel drive will no longer be offered with a diesel engine.

Traditionally retail-weighted, 115g/km CO2 emissions for the two-wheel drive hybrid are expected to tip demand back towards fleets, particularly user-choosers, as this is lower than the new BMW-sourced 2.0-litre diesel’s 123g/km emissions, Hilbert said:  “When we’ve introduced hybrid into the range, the diesel mix tends to wipe out,” he explained.” Customers tend to move from diesel to hybrid.”

Hilbert also sees strong user-chooser demand for the production version of the C-HR, a sub-RAV4 crossover which will be available with a hybrid drivetrain later this year. It’s expected that the sales mix will be as hybrid-weighted as the Auris, in which 56.8% of customers opt for the hybrid version.

A claimed 60% of all hybrids sold globally, and 75% of those sold in Europe, are Toyotas or Lexus products. Last year, a fifth of its total sales volume had a hybrid drivetrain and it’s aiming for at least half to be hybrids by 2020 – including in the UK. That shift is already well underway at Lexus, with 96% of its 13,271 UK sales featuring hybrid drivetrains last year.