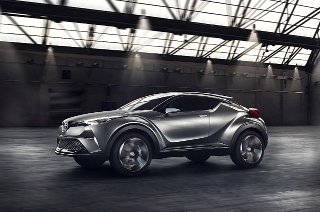 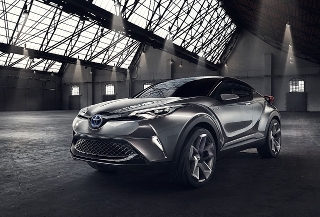 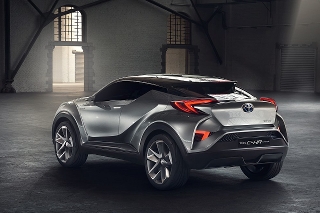 The carmaker said the five-door study, which follows the original three-door concept shown at last year’s Paris Motor Show, is already set to progress to a production model, scheduled to appear at next year’s Geneva Motor Show.

The new model would sit under the RAV4 and be especially aimed at urban customers, providing a rival to the Nissan Juke.

The car has been designed on a Toyota New Global Architecture – TNGA – platform, said to bring increased body rigidity, better collision performance, improvements to the underbody and suspension and a lower centre of gravity.

Toyota added that the ability of TNGA to be used across different models could reduce the resources needed for vehicle development by 20%.

The concept also brings a new styling theme based on a diamond-shaped architecture and progressing Toyota’s Keen Look design theme.

The new study also marks the introduction of hybrid power to the compact crossover market segment and brings a new, more compact full hybrid powertrain to the Toyota line-up.

The petrol engine is married up to a highly compact electric motor and a hybrid battery with increased power density. Technical details weren’t released but the carmaker said it’s smaller and lighter, as well as more intuitive to drive, and would bring efficiency benefits.