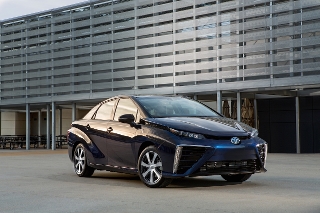 Japanese customers have been able to place orders since December, ahead of its launch Europe and the United States this autumn. Despite predicting 400 units would sell by the end of the year, Toyota is claiming 1,500 sales in its first month, 60% of which have gone to government and fleet customers.

The new plans will increae production from 700 units this year to 2,000 in 2016 and 3,000 in 2017, and Toyota said it will adjust supply in European and North American markets based on the interest recorded so far in Japan.