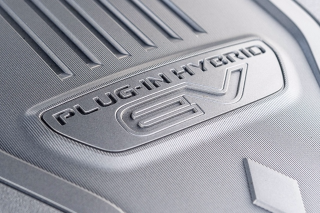 Changing grant funding has not been reflected yet. Despite the claimed rush for the old £5,000 Plug-in Car Grant discontinued at the end of February, sales splits are almost identical to March 2015. Plug-in hybrids accounted for around two thirds of that volume (4,803 units).

That figure is heavily influenced by the Mitusbishi Outlander PHEV, which at 3,906 units during the first quarter of 2016 accounts for 53.2% of all plug-in hybrid registrations. Mitsubishi has registered 21,053 units in the UK in two years, or 36.2% of the 58,186 grant-eligible vehicles registered since the scheme was introduced in January 2011.