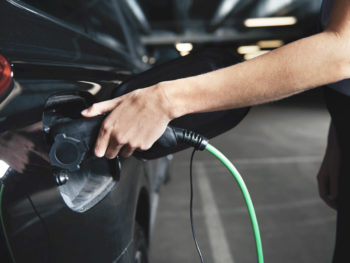 Research published from London-based V2G demonstration project E-Flex has found that whilst more than a quarter (27%) of fleet managers are already deploying EVs, over half (55%) cited the high initial purchase price as the main barrier to EV adoption while (48%) identified worries about battery life.

The survey of 500 fleet managers also found three-quarters (72%) said they are concerned about rising energy costs but more than half (53%) agreed that V2G technology could help with the transition to electric fleets by turning EV batteries into energy sources. And 43% agreed that additional revenue could be generated from sales of unused power back to the grid.

The findings show how successful demonstrations of V2G technology will help encourage operators to make the shift; this includes E-Flex’s work to test V2G with 200 operational electric vehicles in real-world fleets to explore the potential economic benefits and show how V2G can reduce grid pressure, especially at peak times.

“V2G has the potential to bring fleets greater energy independence, new revenue streams, and an opportunity to significantly lower carbon emissions,” said Maria Hernandez, head of innovation at Cisco UK and Ireland – which is leading the E-Flex project. “The real-life benefits of the technology are yet to be comprehensively demonstrated in the UK with E-FLEX, but further evidence of its ability to reduce costs and drive revenue could accelerate the electrification of fleets.”