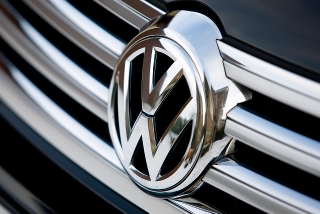 The announcement comes as the Board confirmed it would be cutting expenditure by €1bn (£750m) per year based on previous plans, with the remaining investment to be tightly focused on specific business areas related to environmentally-conscious products.

This will include greater battery ranges for plug-ins on the MQB platform, as used on the Golf, with a high-volume fully electric car expected to offer a range of 180 miles and accelerated development of ‘mild hybrid’ systems.

An ‘electric toolkit’ – enabling electrified drivetrains to be standardised across compact vehicles – is also being developed which can be used across cars and vans and which will offer a range of between 150 and 300 miles. This will enable fully electric cars to cater for a much wider audience, and for plug-in hybrids to spend more time driving without using liquid fuel.

Although details are limited, the Volkswagen Group recently showed two concept cars at the Frankfurt Motor Show under the Porsche and Audi brands, each featuring a fully electric four-wheel drive system and utilising the Group’s platform for large vehicles. Expect the Phaeton to offer a range of around 300 miles on one charge, rivalling the Tesla Model S.

Diesel vehicles will also get bolstered emissions control systems, with all models to feature Selective Catalytic Reduction in Europe and North America. The system injects a urea solution – AdBlue is the best-known brand – into the exhaust stream, turning NOx into diatomic nitrogen, water and carbon dioxide.

Volkswagen Group CEO, Dr.Herbert Diess, said: “Together with my Board of Management colleagues and the entire team we are working at top speed on these issues. Time and again, the Volkswagen team has proved it stands united and is fully focused on shaping the future, particularly when times are tough. We have now laid the further foundations for that.”

Previous: Transport for London to be amongst first UK customers for Toyota Mirai
Next: Frankfurt Airport ‘Green Gate’ project to slash emissions from ground services