Greater awareness of the forthcoming 0% Benefit-in-Kind rate for electric vans is needed to push fleet adoption of greener vehicles. 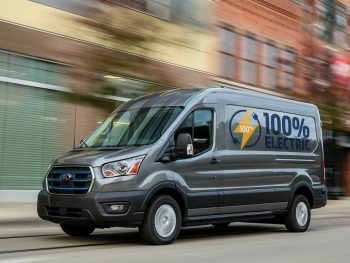 The new 0% Bik rate on electric vans – which takes effect from 6 April 2021 – should be helping lead to faster, wider adoption, according to the AFP

According to the Association of Fleet Operators (AFP), the new rate – which takes effect from 6 April 2021 – has been “underpublicised” when it should be helping lead to faster, wider adoption.

And he added that something similar needs to happen in the light commercial vehicle sector.

“While eLCV drivers have a much reduced say over what they drive compared to company cars, there is certainly potential for a similar effect. However, our feeling across the AFP membership is that the whole subject has been underpublicised,” he outlined.

“We are now in a position where a choice of electric vans are coming onto the market to meet a wide range of needs and for which the whole-life costs look competitive, based on initial figures. What we need now is greater awareness.”

It’s something that the AFP – which was formed in March 2020 from the merger of ACFO and the ICFM – has said it’s looking at in detail.

“Several of our larger corporate members are committed to large-scale adoption of eLCVs and we are monitoring their experiences with interest,” Hollick explained

He added that crucial to the adoption of electric vans was ensuring that fleets measured their running costs on a simple whole-life cost, pence-per-mile basis rather than looking at the capital cost.

“The arrival of both electric cars and vans has highlighted the surprising number of businesses that still acquire vehicles largely by looking at the purchase price. This disadvantages EVs, which cost more to buy but less to fuel and maintain.”

AFP’s work in this area includes the launch of its new EV training course, which takes place for the first time in March 2021 and will show how to integrate these vehicles into choice lists and buying strategies alongside petrol and diesel alternatives.

It’s supported by the AFP’s new EV charter, which supports members through electrification with a helpline and best practice documents and education, as well as lobbying government on the work needed to reach the 2030 end of sale of petrol and diesel cars.

The association’s work is backed by its LCV and EV, Alternative Fuels and Low Carbon Committees, which are exploring the topics of electrification – the AFP has said there is “genuine enthusiasm and a thirst for knowledge from fleets of all types and sizes” on electric vehicles.