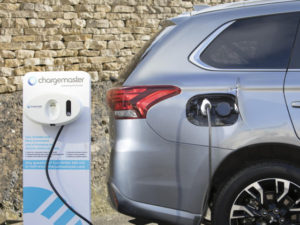 Launched by ACFO earlier this year and featured on its stand at May’s Fleet Show, the petition is being run to help fleets with running plug-in vehicles. According to the association, the absence of defined mileage reimbursement rates for such vehicles is a handicap to some organisations that include plug-in vehicles on their company car choice lists – while those fleets that have already deployed plug-in hybrids could be suffering increased operating costs.

The petition has now gained support from end-user fleet operators in charge of almost 120,000 company cars – 97,402 petrol and diesel vehicles and 19,521 plug-in models – but ACFO is urging more fleets to sign up before it submits the petition to HMRC in early autumn. It’s hoping that the Government will make an announcement on AFRs in this year’s November Budget; latest AFRs still do not cover plug-in vehicles more than a year after HMRC highlighted the importance of them.

Explaining the importance of such AFRs, Pryor commented: “The Government has this week published its ‘Road to Zero Strategy’ that puts a significant focus on encouraging demand for plug-in vehicles across the fleet and private sectors to reduce emissions and thus improve air quality.

“It is abundantly clear that the Government is driving fleets along the plug-in road, but corporate take-up is not in the fast lane. One reason, ACFO believes, is due to there being no definitive mileage rate.

“ACFO intends to keep up the pressure and hopes that fleet decision-makers and the industry will support the petition.”