By / 6 years ago / Uncategorised / No Comments 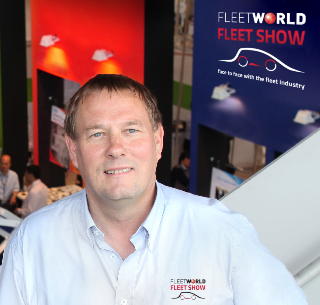 More vehicle manufacturers, greater numbers of exhibitors and increased visitor levels are all predicted for the 2016 event – with the largest number of exhibitors so far already pre-booking their places for next year’s industry-leading show.

With six months still to go before the 2016 Show, the majority of exhibitors at this year’s event have already confirmed that they will be re-attending.

And with record levels of new exhibitors – from vehicle manufacturers, leasing companies and fleet service providers – already signed up for the event, next May’s Show looks certain to be the biggest yet.

This year’s event attracted higher numbers of top quality fleet decision-makers than ever before – up 25% on the previous year – and the audience has increased in size every year since the first event was held in 2011. Next year, the audience will be audited by the Audit Bureau of Circulation (ABC) for the first time.

As regular visitors have now come to expect, the 2016 Fleet Show will include a huge array of interesting features for fleet decision-makers that will more than justify taking a day out of the office.

There will be test driving of more new cars than ever before on three circuits – the National, International and Stowe circuits – plus a 4×4 course and a road route, with an emphasis on alternative-fuelled as well as conventionally-powered vehicles.

The organisers are expecting test drives to hit record levels again after driving at this year’s Show increased by 20%.

The programme of informative and well-attended fleet management workshops, which were run by actively serving fleet managers, are being repeated in 2016 due to popular demand.

As before, the 2016 Show will also feature an indoor exhibition in halls 1-3 of the state-of-the-art Silverstone Wing, with a wide array of exhibitors demonstrating some of the latest developments, products and services in the fleet arena.

This will provide Show visitors with the chance to hold face-to-face meetings and network with exhibitors and other visitors alike.

Following this year’s record-breaking event, there was a wide range of tributes from vehicle manufacturers, leasing companies and fleet service providers, with many describing it as for the ‘most successful Fleet Show ever’.

Fleet Show director, Jerry Ramsdale commented: “We had a record Fleet Show at Silverstone this year – and our aim is to deliver a better Show still next May.

“We are already well on the way to doing just that, with more exhibitors already signed up for the 2016 Show than this time last year, and record levels of new exhibitors from across the fleet industry confirming they will be in attending.

“We were delighted with the quality of the audience this year, with many fleet decision-makers realising that the Show offered the perfect balance between test driving and education. And because we are so confident in the numbers and quality of our audience, we have decided to have it audited and published by the ABC for the first time.”