The state of South Australia has set out low-emission vehicle targets for its vehicle fleet in line with its plans to make Adelaide, the state capital, the world’s first carbon neutral city. 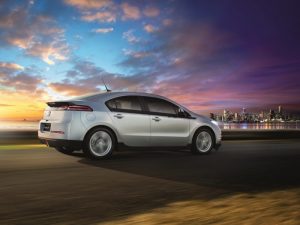 In a statement, South Australia’s treasurer and minister for energy, Tom Koutsantonis said the proportion of low emission vehicles in the State Government fleet will be increased to 30% over the next three years in line with a commitment made as part of State Budget 2016-17 – increasing from a total of 161 vehicles to around 2,000.

This will include Ministerial vehicles and will see the state negotiate with a range of suppliers once its current purchasing arrangements with Holden finish when local production ceases next year.

Koutsantonis said: “The State Government is a very significant customer and that means we can use our purchasing power as a lever to enact change.

“This ambitious target to replace a significant proportion of the government fleet with electric, hydrogen, hybrid and other vehicles over the next three years will go a long way towards making Adelaide the world’s first carbon neutral city.”

“The purchase of around 2000 low emission vehicles will also help drive innovation, investment and jobs in this growing industry.”