By Jonathan Musk / 2 years ago / Tech / No Comments

BMW Group has announced a new partnership with Solid Power in a joint effort to develop solid-state batteries for electrified vehicles. 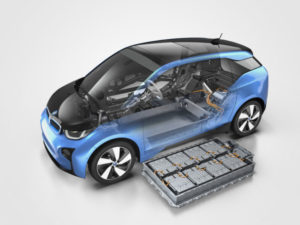 xEV refers to both battery electric and plug-in hybrid vehicles.

The announcement follows a similar declaration of intent by Toyota and Panasonic, which recently announced their work to develop solid-state batteries at a press conference in Japan.

Solid-state battery technology is said to offer the potential for BMW Group’s electric vehicles to have an “increased driving range” and a “battery with a longer shelf life” that can withstand higher temperatures than contemporary lithium-ion, used in today’s electric vehicles.

Due to the battery containing no liquid electrolyte, they are said to be safer and more cost effective than lithium-ion.

“Since the company’s inception, Solid Power has worked to develop and scale a competitive solid-state battery paying special attention to safety, performance, and cost,” said Doug Campbell, founder and CEO of Solid Power.

“Collaborating with BMW is further validation that solid-state battery innovations will continue to improve electric vehicles.”