Canadian fleets and drivers offered incentives for switching to EVs

Canadian Transport Minister Marc Garneau has announced details of the Government’s green incentive programme, which will see drivers offered up to $5k for purchasing or leasing eligible zero-emission vehicles while fleets can also benefit from incentives. 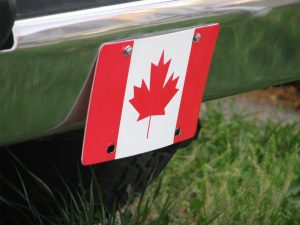 The scheme offers up to a $5k incentive for eligible vehicles, with operators able to get up 10 incentives per calendar year

The programme was announced in last month’s Budget and – subject to Parliamentary approval – is intended to make it easier for Canadians to choose a zero-emission vehicle, in line with plans for ZEVs to make up 100% of new vehicle sales in Canada by 2040.

A total of $300m will be invested over three years on the federal purchase incentive and will apply to eligible new vehicles that are purchased or leased on or after 1 May 2019 and adhere to a number of conditions. These include a maximum purchase price of less than $45,000 for passenger vehicles with six or fewer seats, and less than $55,000 for vehicles with seven or more seats.

The programme will particularly benefit fleets and drivers in Quebec and British Columbia, which run their own provincial purchase incentives. Ontario cancelled its own scheme last year.

As announced in the Budget, businesses can also benefit for a full tax write-off on some zero-emission vehicles in the year they are put into use.

Qualifying vehicles, which include battery-electric, plug-in hybrid electric (with a battery capacity of at least 15 kWh) and hydrogen fuel cell (including light, medium, and heavy-duty vehicles), will see capital costs be deductible up to a limit of $55,000 plus sales tax. This compares to the capital cost limit of $30,000 plus sales tax that currently applies to passenger vehicles.

The Budget also outlined a proposal to ensure carmakers have sufficient models and numbers of zero-emission vehicles available for sale to meet needs, with a plan to provide $5m over five years, starting in 2019-20, to Transport Canada to work with auto manufacturers to secure voluntary zero-emission vehicle sales targets.

And the Budget also outlined a plan for automakers and parts suppliers to be able to access funding through the Strategic Innovation Fund to attract and support new high-quality, job-creating investments in zero-emission vehicle manufacturing in Canada.