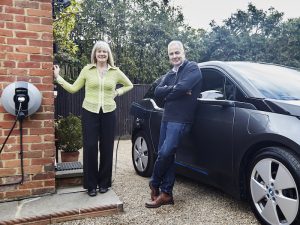 The start-up firm, which opened earlier this year and enables drivers to use domestic, wall-mounted chargepoints of other members, said it made the decision to rebrand after becoming aware of a similarly named company called Chargy, which supplies councils with EV chargepoints for installation onto lamp posts. The new name is also intended to better reflect the service’s ability for drivers to book a charge.

Jan Stannard, co-founder, said the timing for the change of name also worked well, with the start-up planning for investment through the Government’s Seed Enterprise Investment Scheme (SEIS) and EIS programmes to fuel UK and international expansion.

“We have seen steady growth in the number of registered chargepoints on the service since the May launch, and have received requests from several countries asking about expansion into their territories,” added Stannard.