Renault has axed the battery lease option for the Zoe EV; the result of claimed class-leading residual values as confidence in EVs rises. 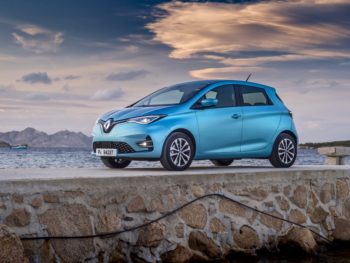 However, Renault has now axed the battery lease option for the latest model following the publication of significantly improved residual values – up to 42% at the three year/30,000-mile mark according to Cap – that it says has enabled it to provide a more competitive full purchase price and customer offer.

The move brings the Zoe in line with the rest of the Renault Z.E. range and the UK electric vehicle market and shows the increasing market confidence in EVs. Zoe was initially only available as battery lease and was updated in November 2014 with the full purchase option.

Explaining the reasons for axing the battery lease, Renault said: “One of the main reasons that the battery lease option was initially introduced was to lower the initial purchase price of a Renault EV to be as close as possible to that of an equivalent diesel vehicle, in line with Renault’s aim of Sustainable Mobility For All. The recent improvements to the RV on the new Zoe in the UK mean that this financial gap has now been reduced and we are able to offer a simplified choice to consumers.”

On the 0% APR Renault Selections PCP scheme, this simplified choice means that the Zoe is available in Play R110 Z.E.50 guise from £269 per month with a deposit of £2,995.