By Contributor / 3 months ago / Features / No Comments 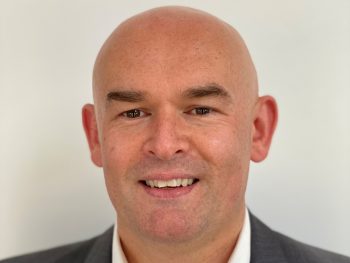 An extra £20m cash injection to boost the number of on-street EV charge points across the UK was recently announced by the Department for Transport (DfT), with its decision to extend the current On-Street Residential Chargepoint Scheme (ORCS) into 2021/22. This is a welcome move – with the sale of new conventional petrol and diesel vehicles banned from 2030, and with a nationwide net-zero target to meet by 2050 (2045 in Scotland), the need to get a comprehensive UK charging infrastructure in place is more pressing than ever.

Right now, we have a problem with the number of people willing to go electric. EV ownership is concentrated among those households that can afford their own garage or driveway and can charge their vehicle from their home supply. But for those who aren’t in that position, owning an EV remains a lot less attractive, because they’re reliant on what’s still a patchy public charging network. This also presents an issue for the uptake of electric fleet vehicles, because some businesses won’t allow employees to use company cars or vans from home if they have to be charged on-street.

On the same day as the ORCS announcement, the Policy Exchange think-tank released a report that makes some interesting recommendations to accelerate public charge point deployment. To specifically boost installation in areas where rollout is slow, it advises that the Government should issue contracts to private firms with a ‘minimum revenue guarantee’ attached. The report also recommends that the Government fund dedicated ‘charge point teams’ in local authorities, expediting rollout by acting as a central hub for highways, planning and environmental departments.

However, while the Policy Exchange’s idea to get the private sector more involved in charge point deployment is sound, convincing them to provide fair and equal access to charging across all areas of society remains more difficult than they think. Locations with more affluent households are still viewed as better investment opportunities by developers, because the likelihood of EV ownership is higher – despite the fact that most of these households will charge their vehicles at home rather than at public chargepoints.

Governments can offer incentives, but this in itself may not be enough to attract sufficient private finance to underserved areas: what they need is hard evidence that a business case exists.

Similarly, dedicated charge point teams at local authorities would still need to work with a range of stakeholders – both public and private – to justify and action every installation. Identifying those locations likely to be the first to generate charging demand, and where installation is technically feasible, is still a considerable challenge. Going through all the necessary steps to establish a strong and actionable case for installation can be a time-consuming process – but time is not on our side if we’re to get the EV revolution properly under way.

It is vital that fleet vehicles move to electric as soon as possible, but a lack of faith in the efficiency and safety of the current public charging infrastructure seems to be holding this back. The reality is that stakeholders in both the public and private sectors require evidence to make the necessary investment. More than ever, information is power, which is why the Charge Project advocates an intelligence-led approach to accelerating charge point rollout.

One of our core areas of focus is ‘ConnectMore’, a free online tool we’re currently designing which will enable developers and planners in the North West to identify optimum locations for public charge points. It’ll do this by cross-referencing forecasted charging demand per area with available capacity on the electricity network. It’ll also provide a budget quote for connection to the network. Our aim is to accelerate installation by providing in one place all the evidence that’s needed to get chargepoint projects off the ground.

We want to empower local authorities with a tool that makes the ORCS submission process as pain-free as possible. We also want to make it easier for private firms to identify where opportunities exist to run a chargepoint scheme that quickly justifies its initial outlay. Because while incentives are nice, a costed business plan is even better.

Previous: MFG to roll out 2,800 ultra-rapid EV chargers in next decade
Next: Saint-Gobain UK & Ireland pledges electric and hybrid fleet by 2024