The Government’s eco advisors have called for a range of medium- and long-term commitments by the Government, including on electric vehicles, as they warn that time is running out for decisive action on climate change. 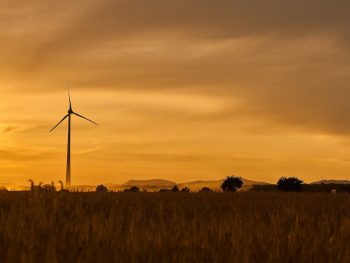 The CCC says that between now and COP26 the world will look for delivery on eco action, not promises

In two progress reports, published today, the Climate Change Committee (CCC) has explored work to cut emissions to net zero and adapt to the climate risks facing the UK, drawing on its analysis of the UK’s Sixth Carbon Budget.

Warning that we are “in the decisive decade for tackling climate change” and that the Government “must get real on delivery”, the CCC said there has been a year of “climate contradictions”.

Elaborating on this, the committee said important statements of ambition, such as the agreement to phase out the sale of petrol and diesel cars and vans, have been undermined by delays to essential legislation and much-needed plans to decarbonise buildings and improve their climate resilience.

Saying that it awaits a Treasury Net Zero Review, once promised in autumn 2020, and the transport decarbonisation plan that was due spring 2021, the CCC warned that a pattern has emerged of government strategies that are later than planned and, when they do emerge, are short of the required policy ambition.

But it outlines that there is still time to address this, and its joint recommendations offer more than 200 policy suggestions, covering every part of government.

When it comes to transport and fleets, the CCC said the Government must develop and implement fully funded plans towards making all public buildings and vehicle fleets zero-carbon in the long term. This must include a move to multi-year programmatic funding to deliver the stated ambitions of switching to ultra-low emission vehicles by 2030 and to halve emissions from public buildings by 2032, supported by cross-government strategy.

The recommendations for the Department for Transport include saying that it must develop a comprehensive policy package to support the supply and uptake of EVs to enable delivery of the 2030 phase-out of new petrol and diesel cars and vans.

It also calls for ambitious UK regulations on new car and van CO2 intensities to 2030, with more regular intervals than the EU’s five years, requiring around a 55% reduction by 2025 and 97% by 2030.

Charging features heavily too; the CCC says further investment is needed to support on-street and other urban charging solutions and that Government should aim for there to be around 150,000 public charge points operating by 2025. These should be widely available across all regions of the UK.

It also calls for the Department for Business, Energy and Industrial Strategy (BEIS) to implement the recommendations of the EV Energy Taskforce, in particular improving the consumer charging experience and making smart-charging accessible, appealing and cost- effective for as many EV users as possible. Expansion of the charging networks in Scotland, Wales and Northern Ireland are also featured.

There are many other transport-related recommendations too, including on freight, where the report urges the DfT to implement large-scale trials of zero-emission HGVs in the early-2020s and to deploy schemes to reduce HGV and van use in urban areas, e.g. e-cargo bikes and use of urban consolidation centres.

The report also says the Government’s new Net Zero Strategy must be published before the COP26 climate summit, with clear policy plans, backed fully by the Treasury.

Lord Deben, chairman of the Climate Change Committee said: “The Government must get real on delivery. Global Britain has to prove that it can lead a global change in how we treat our planet. Get it right and UK action will echo widely. Continue to be slow and timid and the opportunity will slip from our hands. Between now and COP26 the world will look for delivery, not promises.”

Commenting on the report and recommendations, BVRLA chief executive Gerry Keaney said: “Uncertainty is one of the biggest barriers to road transport decarbonisation, and fleets across the country are eagerly awaiting some strategy to support the Government’s Net Zero rhetoric.

“Establishing the right tax and incentives roadmap, providing support for charging infrastructure and creating a healthy electric vehicle supply chain is a complex task and it is vital that policymakers get as many perspectives as possible from across the fleet industry.

“The BVRLA continues to engage with officials across Government to ensure that they have the information they need.”