Cost of ownership for EVs to hit parity from 2018

The cost of owning an electric car will reduce to the same level as conventional petrol and diesel vehicles in 2018, enabling carmakers to increase their EV forecasts 50%, new research suggests. 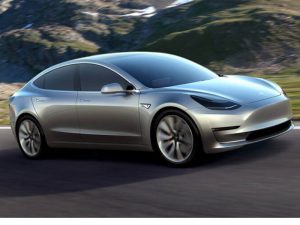 The findings found that EVs, including forthcoming Tesla Model 3, are likely to be profitable sooner.

The findings come from a new report from global financial services company UBS after it broke down a Chevrolet Bolt to gain key insights to understanding the content and profitability of EVs and found that EVs, including the forthcoming Tesla Model 3, are likely to be profitable sooner.

The research suggests that cost of consumer cost of ownership (TCO) parity will be reached first in Europe but with OEMs still running at a loss to subsidise EV take-up. Instead the estimates find that true cost parity (with 5% OEM margin) will be reached in Europe in 2023 and in China in 2026 – two to three years earlier than previously expected.

UBS said the reason why EVs are expected to reach TCO parity sooner than previously thought is due to its findings on the Bolt’s powertrain, which saw costs coming in $3k (£2.3k) lower for the battery and $2k (£1.55k) lower for the other modules versus its previous expectations.

UBS also applied its research to the Model 3 and calculated that it will require an ASP (average selling price) of $41k (£31.8k) to break even – $6k (£4.7k) above the expected base price.