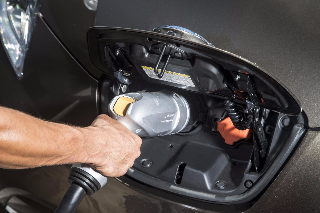 Developed by the Japanese CHAdeMO Association, the standard is used by Kia, Mitsubishi, Nissan and PSA Groupe and typically has a maximum power output of 50kW. That’s enough to offer an 80% charge in around half an hour, ideal for short-stop locations such as motorways.

However, with battery capacities growing, power outputs will need to increase to avoid longer charging stops. CHAdeMO’s solution is a new protocol for the charging units, lifting the maximum power to 150kW ready for next-generation electric vehicles – a higher output than Tesla’s Supercharger network. It expects the first chargers to be ready in early 2017.

Though this is likely to require hardware upgrades for some charging points (some are already capable of catering for higher outputs), there are no changes needed for the connector. In turn, this means 150kW points will still be able to charge older vehicles at 50kW or below.

The Association added that it is already working towards a 350kW version of the protocol, but said it will be 2018 before anything is confirmed.

CHAdeMO’s secretary general, Dave Yoshida, said: “One of the purposes of the Association is to evolve CHAdeMO protocol so that it can better respond to market needs. We see a movement towards mass market EVs with higher capacity batteries and we, as the Association of fast charging protocol, prepare for it by working on the high power protocol. This will enable faster deployment of the high power charging infrastructure, in preparation for EVs that can charge with higher power.”