By Julian Kirk / 5 years ago / Features / No Comments
Detroit Electric, once a 20th Century EV pioneer was expected to begin sales in 2014. What has happened, asks Dave Moss? 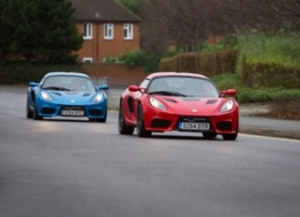 In 1906, almost twenty years after the first practical electric car was built, the Anderson Electric Company was founded in the city of Detroit. Its vehicles were badged ‘Detroit Electric,’ and took the company to electric car market leadership in the US by 1912, eventually setting a twentieth century world record when production ended in 1939 with some 13,000 electric cars sold.

The Detroit Electric name was revived in 2008 by former Lotus Engineering Group chief executive Albert Lam, whose vision was an electric sports car combining style, innovative technology, handling and performance. It’s been a long and winding road since then: as many others have found, moving from a great idea to series production of an innovative, fully developed automobile costs both money and time.

After five years of development, the new SP:01 electric sports car was launched in Detroit in April 2013, complete with Lotus based chassis and carbon‐fibre body. Its supercar‐level specification included a 201 hp (150kW) electric motor, 249 km/h top speed, and 0‐100km/h performance in 3.7 seconds – with a range of over 290km claimed on a 4.3 hour charge. The 2013 Shanghai Motor Show saw the car’s first public appearance – with production due to begin in Wayne County, Michigan, in August that year. Sales were expected to follow, via specialist retail partners in many of the company’s unspecified worldwide target markets, with prices from US $135,000 (€120,960). It was also announced that the SP:01 was first in a diverse family of all‐electric cars, with two more high‐performance models beginning production by the end of 2014.

In June 2014, with development to improve the original vehicle’s aerodynamic performance continuing, timing challenges involving USA certification procedures brought a major re‐think. Production plans were switched to Leamington Spa in the UK, and the start date put back, though the on sale target remained late 2014 in European and Asian markets, followed by the USA.

Setting up the specialist distribution network has continued despite this further delay, already approaching another full year. Albert Lam, says several key distributors are now in place, with more being sought for markets where strong demand is expected: “So far,” he says, “we’ve recruited distributors for Azerbaijan, China, Hong Kong, Iceland, Korea, Norway and South Africa – all countries providing highly favourable conditions for sales of pure electric vehicles like the SP:01. Each of these is highly experienced in selling exclusive, luxury cars and electric and hybrid vehicles to customers and high net worth individuals. Once production starts, we will open a flagship store alongside our dedicated production plant in Leamington Spa. There, prospective customers, distributors and dealers can check out how we manufacture, present and sell our vehicles – all in one visit. We also have a ready‐for‐business showroom alongside our EMEA headquarters in The Netherlands. Our sales team there is in advanced discussions with potential distributors in some larger volume markets in that region.”

In some countries, Detroit Electric’s delays have allowed competitors Tesla, and lately BMW, to take an early sales lead in the specialist electric sports coupe market. Albert Lam feels the world remains quite big enough for Detroit Electric to make its own individual mark – and points to advanced plans for a second electric sports car, “The pure electric vehicle market in which we operate is still in its infancy,” he says.

“There’s lots of room for expansion and growth for lots of different players, and segments are opening up and developing all the time. The EV market is no longer a limited market – Detroit Electric plans to develop additional products for many segments, so providing customers with wider choice.”

For fleet and business customers the company has chosen to follow what Albert Lam describes as an all‐new approach. “We want to offer enabling technology for better fleet car sharing experiences and management,” he says.

“We will be looking to work with banks and vehicle leasing companies, to offer a competitive plan to business and fleet car users. We’re still developing this, and more details will be released when we deliver our first vehicles.”

The announcement of a major partnership with the Chinese Geely Automobile Group was another highlight of the Shanghai Show two years ago, with Detroit Electric set to codevelop both drive systems and electric vehicles. Reports then suggested the first partnership vehicle would be based on Geely’s Emgrand EC7 saloon, and on sale in 2014, initially to business users and public‐sector organisations, with 3,000 sales predicted in the first year – and 30,000 within three years. Today, the official line is that a pure electric sedan using key Detroit Electric technology will be assembled by Geely in 2015, with first availability in China, and a European launch by Summer 2016. Confirmed orders exist, and the initial target for the car is the fleet and rental market, though it may later be offered to retail customers.

In January 2015 Detroit Electric announced extensive preproduction prototype testing of its now updated fastback SP:01. But with competitors clearly demonstrating rising demand for premium‐level electric sports coupe models, increasingly the question is: where are the cars? Detroit Electric’s chairman and chief executive acknowledges difficult times in recent years: “We have had our ups and downs… something not uncommon with start‐up companies, particularly one setting up in such a dynamic and rapidly‐evolving field,” says Albert Lam. “But we are now almost ready to provide the first vehicles to the market.”

Asked about when, where, and how much, most surprisingly the USA – where the company has its headquarters – is not mentioned: “The SP:01 pure electric sports car will go on sale in Asia and Europe later this year… we have previously hinted at a price, but it will vary by market, because of taxes and incentives… the on‐sale price will be confirmed later this year, when production commences.”