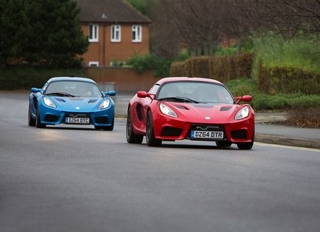 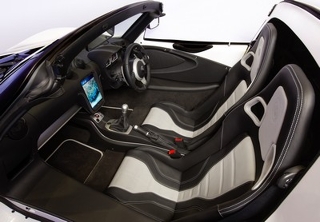 Said to bring “blistering” acceleration and a 155mph top speed, the new model is already being tested in pre-production prototype guise at the firm’s production facility in Leamington Spa, UK, ahead of the start of production in early 2015.

Detroit Electric was revived in 2008 by Albert Lam, former Group CEO of the Lotus Engineering Group and executive director of Lotus Cars of England, and the SP:01 is built on the Lotus Elise chassis.

Since its debut at the 2013 Shanghai Motor Show, the model has since been redesigned to incorporate aerodynamic changes, including a new fastback configuration, which replaces the prototype's flying buttresses on either side of the rear window. A large sculptural rear wing and under-body diffuser have also been incorporated to reduce lift and improve handling at higher speeds.

A range of exterior styling options will be available from launch, including a carbon-fibre rear spoiler, diffuser and battery cover.

Most of the cabin layout is shared with Lotus, with the addition of an 8.4-inch touchscreen tablet, which replaces all analogue dials and switches on the fascia and controls infotainment, heating, ventilating and air conditioning, satellite navigation and vehicle systems status, such as battery charge, V2X (Vehicle-to-Grid and Vehicle-to-Home) and other vehicle telemetry.

Under the bonnet is a 282bhp electric motor with a manual transmission as standard. Optional single-speed and twin-speed automatic transmissions are also available. Official 0 to 60mph time is 3.7 seconds with a top speed of 155mph.