British technology company Dyson says it’s pulled the plug on its electric vehicles project after determining it was not commercially viable. 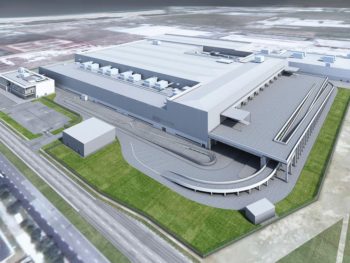 The company, famed for its vacuum cleaners, announced in 2017 that more than 400 employees were already working on a vehicle, followed by the news in 2018 that it was investing £200m in new buildings and electric vehicle testing facilities at its Hullavington Airfield campus in the UK, while production on a manufacturing facility in Singapore started last December. The first cars were due to roll off the lines in 2021.

However, in an email sent to all Dyson employees worldwide yesterday (10 October 2019), founder Sir James Dyson said that while the team had developed a fantastic car, with an “ingenious” approach that was also faithful to the Dyson philosophies, they could no longer see a way to make it commercially viable.

Efforts to find a buyer for the project had been unsuccessful and the board has taken the “very difficult decision” to propose the closure of the project.

Dyson added: “This is not a product failure, or a failure of the team, for whom this news will be hard to hear and digest. Their achievements have been immense – given the enormity and complexity of the project.”

The news comes as carmakers come under increasing pressure to cut the costs of electric vehicles to ensure driver take-up in line with work on air quality. Electric cars are expected to reach price parity with conventional ICE cars by the early to mid-2020s despite the fact that EVs cost more to make, even for dedicated carmakers not starting from a blank sheet and able to draw on synergies with existing models and production facilities.

Dyson has said it will be able to make use of its work into batteries and motors and added that it would continue its efforts into other new developments, such sensing technologies, vision systems, robotics, machine learning and AI.

Meanwhile, the firm is looking to quickly find alternative roles within Dyson for as many of the EV team as possible and added that it has sufficient vacancies to absorb most of the people into its Home business.