By Natalie Middleton / 4 months ago / International News / No Comments

New research on the eco benefits of plug-in hybrids is now available – showing that some are no better than conventional cars while others genuinely offer a cleaner alternative. 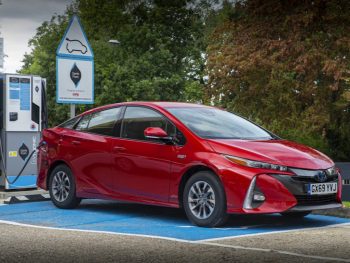 The results have been published from Green NCAP, which is part of Euro NCAP and uses the same star-based ratings approach to evaluate green vehicles.

The new ratings, which cover 25 cars in total, feature plug-in hybrid electric vehicles (PHEVs) for the first time. The PHEV versions of the Kia Niro, Mitsubishi Outlander and Toyota Prius were tested and the results reveal that, even when optimally charged, not all PHEVs are the same. Toyota’s Prius gained a four-star rating that beats all but pure electric and hydrogen fuel cell cars. The Kia Niro follows closely with 3.5 stars, but the Mitsubishi Outlander only achieved two stars; less than some of the latest Euro 6-compliant petrol or diesel cars.

Green NCAP chairman Niels Jacobsen said: “Consumers could be forgiven for thinking that, by buying a car labelled ‘PHEV’ and keeping it charged all the time, they will be doing their bit for the environment, but these results show that this is not necessarily the case. The Outlander shows that a big, heavy vehicle with a limited driving range is unlikely to offer any benefit over a conventional car. On the other hand, Toyota, with its long experience of hybrid technology, has done a terrific job and the Prius, properly used, can offer clean, efficient transport.”

He also stressed that all PHEVs need to be charged regularly and driven as much as possible on battery power if they are to fulfil their green potential.

The latest Green NCAP tests also included further tests on battery electric vehicles and showed how they shine out for eco credentials.

Meanwhile, the Hyundai Nexo hydrogen fuel-cell car also achieved five stars, and proved to be just as clean as a battery electric vehicle and very nearly as energy efficient.

The tests also included 19 combustion engine cars, of which Green NCAP said two – the Škoda Octavia Combi 2.0 TDI and VW Golf 1.5 TSI – stood out from the rest, scoring 3.5 stars; the same as the Toyota Yaris Hybrid and the best results achieved so far by non-electrified cars.

Niels Jacobsen added: “Euro 6 legislation has made a real difference. For the first time, we’re seeing cars perform in real world driving the way they promise on the test bench and we should congratulate car manufacturers and emissions engineers for the huge strides they have made in the last few years.”

He added: “The future looks like it belongs to electric cars of one sort or another but, for now, consumers face a bewildering choice.”