Electric cars and hybrids triumph at 2020 What Car? awards

What Car? has revealed the winners of its 2020 Car of the Year Awards, including its new Small Electric Car and Large Electric Car accolades – introduced to recognise the evolution of the electric car segment. 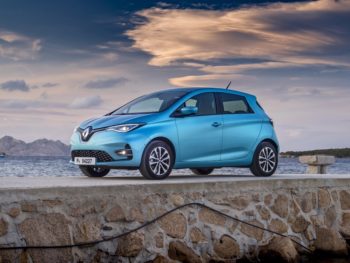 The latest, longer-range Renault Zoe took the new Small Electric Car title at the 2020 What Car? Car of the Year Awards

The new titles were taken respectively by the new longer-range Renault Zoe – which covered 192 miles in What Cars? real-world range test – and Tesla Model 3, which was selected based on its long range and ultra-fast charging capability along with strong performance and refinement.

They were joined on the winners list by the Toyota Corolla, which took the Best Hybrid award, and the BMW 3 Series, named Best Plug-in Hybrid.

The 3 Series was also dubbed Best Executive Car and took the Safety Award, as nominated by Thatcham Research and based on its high scores in Euro NCAP impact testing and its Autonomous Emergency Braking system, which can detect other vehicles along with pedestrians and cyclists.

What Car’s? overall Car of the Year 2020 was the new Ford Puma, which headed up the Small SUV category, while other segment winners included the Škoda Scala and Superb.

What Car? Car Of The Year Awards 2020 Winners List