Electric Corsa to debut in 2020 under Vauxhall turnround plans

Vauxhall and parent firm Opel is to debut a next-generation electric Corsa and a plug-in hybrid version of its Grandland X crossover by 2020 under post-takeover plans to bring the company back into profit. 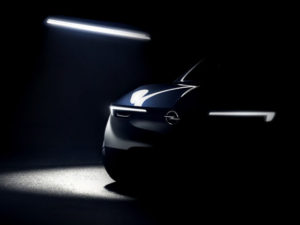 Revealed 100 days after PSA’s acquisition of the carmaker was completed by recently appointed Opel CEO Michael Lohscheller, the PACE! performance plan is intended to secure the future for both brands and bring them back to profit by 2020 by turning Opel/Vauxhall into a “sustainable, profitable, electrified, and global company”.

The plans will also see PSA’s electric drivetrains made use of future models, with plans for four ‘electrified’ models on the market by 2020, including the Grandland X PHEV and electric Corsa. All passenger carlines will be “electrified” by 2024 – meaning that they offer a fully electric or plug-in hybrid version alongside “efficient” internal combustion engines, likely to imply the use of mild hybrid technology. The plans also look to explore fuel cells and automated driving technologies.

The plans will also see PSA engines and transmissions used in all models alongside an accelerated shift to using PSA’s CMP and EMP2 platforms to underpin all future Opel/Vauxhall passenger car models from 2024 – three years earlier than planned – reducing the number of platforms from the current level of nine.

“This plan is paramount for the company, to protect our employees against headwinds and turn Opel/Vauxhall into a sustainable, profitable, electrified, and global company,” said Michael Lohscheller.

Previous: Calls for clamp down on ‘ice-ing’ at EV charge points
Next: AA introduces emergency charging service for EV members