Electric van maker Arrival plans for expansion on back of IPO 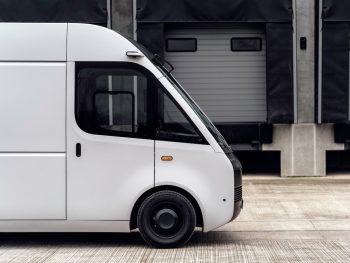 Arrival says it has developed a unique new method for the design and production of EVs, which enables the build of best-in-class vehicles that are price-competitive with fossil fuel equivalents

The business, currently working on an electric van and bus, was reportedly valued at £13bn (£9.4bn), and said it would use $660m (£477m) in gross proceeds to ramp up delivery of its electric vehicles and expand its global network of Microfactories, which provide a local approach to production. They’re said to be rapidly scalable and enable decentralised production that can be deployed in local communities.

Arrival added that production for its electric bus is expected to begin in Q4 2021 and the van is due in the second half of 2022; the latter is expected to begin public road trials with customers this upcoming summer and will bring “outstanding total cost of ownership and robust design”.

Arrival said it has developed a unique new method for the design and production of EVs, which enables the build of best-in-class vehicles that are price-competitive with fossil fuel equivalents, thanks to its use of low CapEx Microfactories.

The public company will be guided by a leadership team that includes board directors with backgrounds at Marvel, Hyundai Motor Company, Hearst, Lyft and Netflix.

Denis Sverdlov, founder and CEO of Arrival, said: “We believe that all vehicles will soon be electric, because it is better for people, the planet and business. Arrival’s invention of a unique new method to design and produce vehicles using local Microfactories makes it possible to build highly desirable yet affordable electric vehicles – designed for your city and made in your city. Going public is an opportunity that will allow us to continue to scale globally, bringing these products to more and more cities and people.”

UPS announced in January 2020 that it had ordered 10,000 electric commercial vehicles from Arrival for use in the UK, Europe and North America, and that its venture capital arm had taken an equity stake, believed to be minority, in the firm.