Demand for battery electric vehicles in the EU doubled in July, as growth returned to the overall car market. 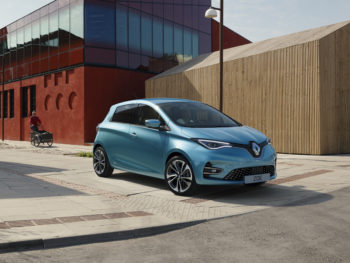 Data from Jato shows registrations of alternatively fuelled vehicles reached 96,600 units in July – up 29% from July 2018 and bringing a market share increase from 5.8% to 7.4%.

The growth was underpinned by a 98% increase in registrations of battery electric vehicles (BEVs), which rose to account for 23,200 units. Tesla was the top-selling brand while Renault saw a 103% volume increase after its Zoe model became the top-selling BEV during the month. Other notable results included Volkswagen, where volume was up by 64%, Hyundai, whose volume increased by 334%, and Audi, which sold 1,735 units of the e-tron.

Hybrid vehicles also performed well in July, as demand increased by 27% to 56,800 units. The rankings were once more dominated by Toyota and Lexus, but there were notable results from Mercedes, which came third, and Land Rover, whose new Evoque model became the fifth best-selling hybrid during the month.

Helped by rising interest in EVs, an 8.7% increase in SUV demand and a strong performance from the small and midsize markets, the European new car market saw 1.33 million vehicles registered in July, up 1.2% and marking the highest volume for the month since 2007.

“There is uncertainty in Europe. After many years of growth, the market shows signs of deceleration that is likely to continue if the German economy fails to grow again,” said Felipe Munoz, JATO’s global analyst.

Volkswagen led the brand rankings and also topped the list of top 10 models with the Golf and then Polo, both of which posted double-digit growth. They were followed by the Dacia Sandero, which came third in the rankings – the best-ever result for the Romanian model. Elsewhere, the Opel Corsa saw a volume increase of 28%, boosted by strong demand in Germany (+82%) and Spain (+153%).