More than half (51%) of Brits would choose an electric car over petrol or diesel if they could save money, with eco credentials proving less important, new research from OVO Energy shows. 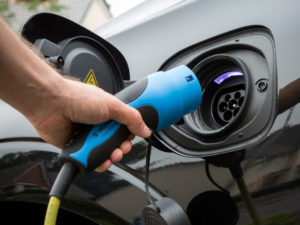 87% of Brits were unaware of vehicle-to-grid technology

The research found that almost half of Brits prioritise energy consumption (49%) and money-saving potential (42%) when considering sustainable products and services, with concerns about reducing environmental footprint coming in third (39%).

The research also concluded that there is a large knowledge gap to fill, as 87% of Brits were unaware of vehicle-to-grid technology and the money saving or indeed earnings that could be had by selling energy back to the grid at peak times from an electric vehicle.

OVO Energy estimates that if all the Nissan Leaf electric vehicles already on the road today were plugged into the grid using V2G charge points, they would amass to 114MW; enough to power 300,000 homes. Almost two in five (38%) UK adults that own or intend to purchase a car in the next 12 months were not aware of vehicle-to-grid type chargers, but would be more likely to buy an electric vehicle if they could use their car as a virtual power station and make money from it.

While 47% would be put off by the initial cost, 57% said financial support from government would help persuade them to buy an electric car within the next 12 months. Despite this finding, only 21% of those surveyed were aware of the plug-in car grant, which can knock off up to £4,500 from the purchase price of an EV. In addition, more than a quarter of Brits (28%) hadn’t heard of the UK Government’s 2040 petrol and diesel plans.

Tom Pakenham, director of electric vehicles, at OVO Energy, said: “People are clearly keen to start their green journey, but a lack of knowledge means many are unaware of the full benefits of harnessing renewable energy. To inspire people to be part of this solution, they’ll need convincing that this new technology would be a practical addition to their lives as well as safeguarding our environmental future.”

“From home batteries to vehicle-to-grid chargers, at OVO Energy we are working hard to join the dots for customers and show that there are practical, cost-effective ways to go green for the long-term.”