Netherlands fast-charging specialist Fastned has acquired its first 14 locations in Germany, which will be used to site multiple fast chargers. 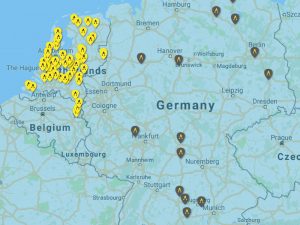 Fastned has acquired 14 new locations for its fast-charging units.

The sites form part of Fastned’s plans for a pan-European network and are due to be joined by more locations in Germany as well as in other countries in the coming months.

Michiel Langezaal, CEO Fastned, said: ” As charging speeds increase, charging will become like refuelling your car, and fast charging stations will be the petrol stations of the future.”