Fiat to focus on hybrids, not EVs, for Europe 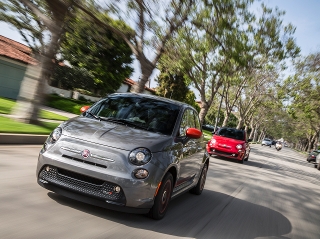 Speaking to EV Fleet World, Luca Napolitano, head of brand for Europe, Middle East and Africa, said there was no demand for an electric drivetrain in the region, despite Fiat offering an electric 500e in North America since 2013.

“We prefer to invest in different fuels like LPG or CNG than on electric,” he explained. “[An electric 500] exists but there’s no demand in Europe, despite the emphasis from some manufacturers. What we believe is hybrid presents an opportunity for the future, for [the city car] class and others.”

Although unconfirmed, it’s likely that Fiat will develop a drivetrain which could be used in the forthcoming replacement for the Bravo hatchback. This would enable the technology to be shared with products such as the Dodge Dart and Chrysler sold in North America, where hybrid drivetrains have a much larger market penetration.