By Craig Thomas / 2 years ago / New Cars / No Comments 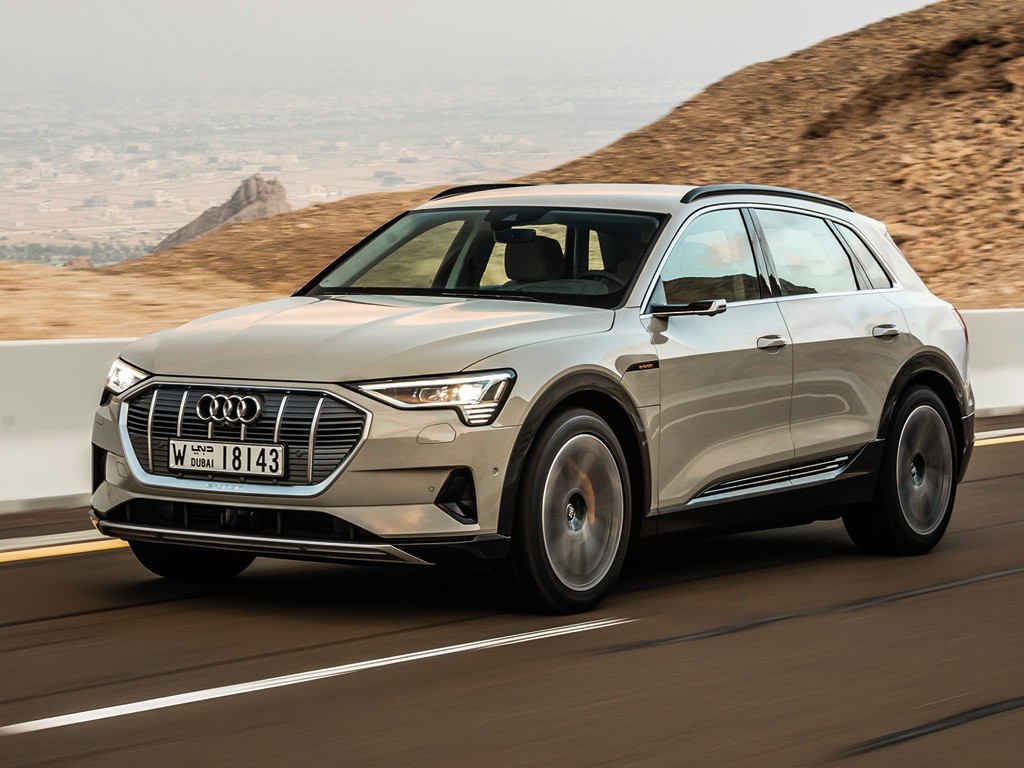 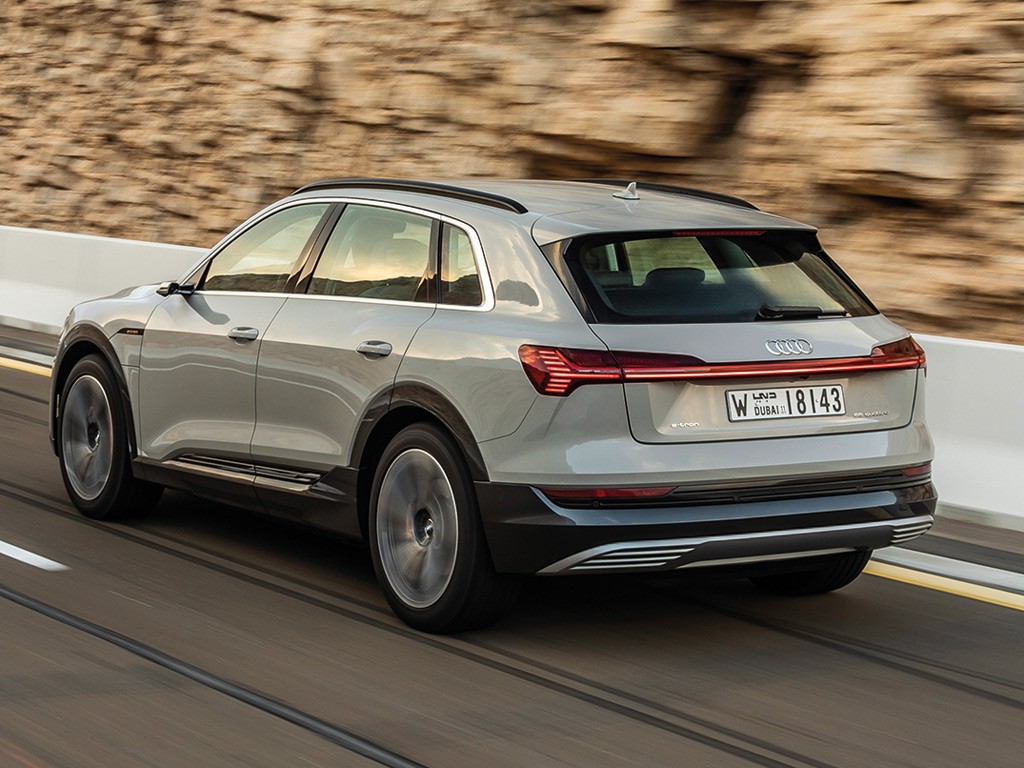 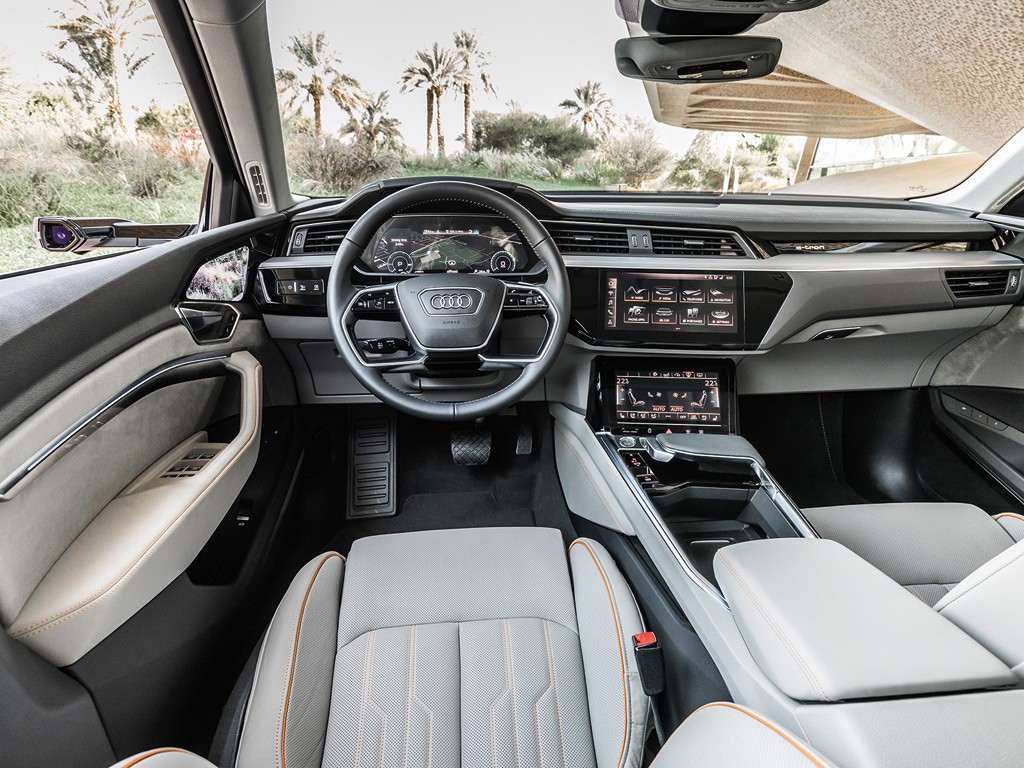 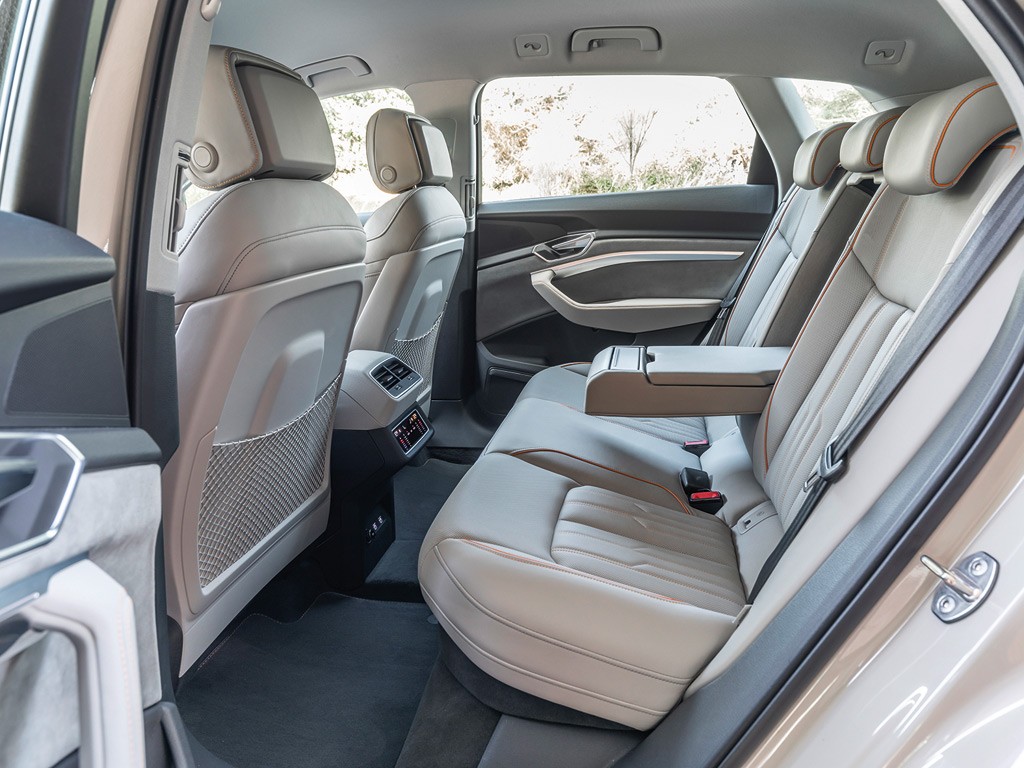 We’re all beginning to understand that the automotive future is largely electric. The future of our planet depends on a significant lowering of carbon emissions, so electric vehicles (and fuel cell vehicles) are vital to achieve that aim.

Car manufacturers have been slow to make viable, practical EVs on a large scale – although customers haven’t exactly beating down their doors, demanding them, either. That will change, though.

We’re going to see a number of EV halo models launched by major carmakers over the next couple of years, but in the wake of the Jaguar I-Pace, Audi has also entered the fray with the E-Tron, an all-electric SUV that shows off the technology that the established manufacturers will use to fight off disruptors such as Tesla.

Design-wise, the E-Tron fits in between the Q5 and Q7, with the slightly elongated shape also bringing to mind the A6 Allroad. So far, so conventional. But a closer look reveals hints of its future-focused nature, with aerodynamic wheels, LED lights and a pair of rear-facing cameras in place of the wing mirrors. The feeds from these cameras appear in small screens in the doors, which take some getting used to: as drivers, we’re accustomed to looking higher up at the mirrors, so it’s slightly disorientating. The angle of the cameras can be adjusted using fingers on the screens, but it feels fiddly and unintuitive, while the sun’s glare can also make seeing other vehicles more difficult than in a mirror. This is a technology that we’ll all be used to in a decade’s time – not least because cameras offer aerodynamic efficiencies – but we’ll have to adapt.

There’s certainly no shortage of screens in the cabin, either. As well as those for the mirror-replacing cameras, there’s the screen for the 12.3-inch Audi Virtual Cockpit instrument panel that the brand has fitted to most of its current model range, plus a pair of touchscreens (one 10.1-inch, above an 8.6-inch display) mounted in the centre console. They all combine to create the impression of connectivity and control, offering the driver – and other occupants of the vehicle – lots of information.

The cabin itself feels well packaged, with lots of space up front and in the rear. There is room for three adults in the back, but despite there being no transmission tunnel, legroom in the middle is severely restricted by a unit between the two front seats, so in practical terms the E-Tron is a four-seater. There is, however, a 600-litre boot (1,725 litres with the rear seats folded down), which is bigger than either the load-lugging A6 Allroad or the Q5.

Audi has made real progress in combating the range anxiety that prevents many potential buyers from moving into an EV, thanks to a 95kWh battery pack that means a potential 248-mile range – which should be possible without even having to drive like a hypermiler. Our test involved large stretches of highway driving at motorway speeds and even then we were able to achieve around 200 miles. Charging should take around 90-120 minutes using a 50kW CCS DC unit, while the E-Tron can also use next-generation 150kW chargers (which we should start to see in 2019), making an 80% top-up possible in just 30 minutes.

There’s no shortage of performance, either: the 402bhp output will facilitate a 5.7-second 0-62mph time, which puts it firmly in hot hatch territory.

High cost of purchase and options

Audi has gone to the top end of the market with its first purpose-built EV, with an on-trend SUV packed with fleet-friendly technology. Yes, it’s expensive, but it’s also impressively accomplished.