By Jonathan Musk / 1 year ago / Road Tests / No Comments

Tesla’s smallest and cheapest model takes away all reasons not to go electric, finds Jonathan Musk. 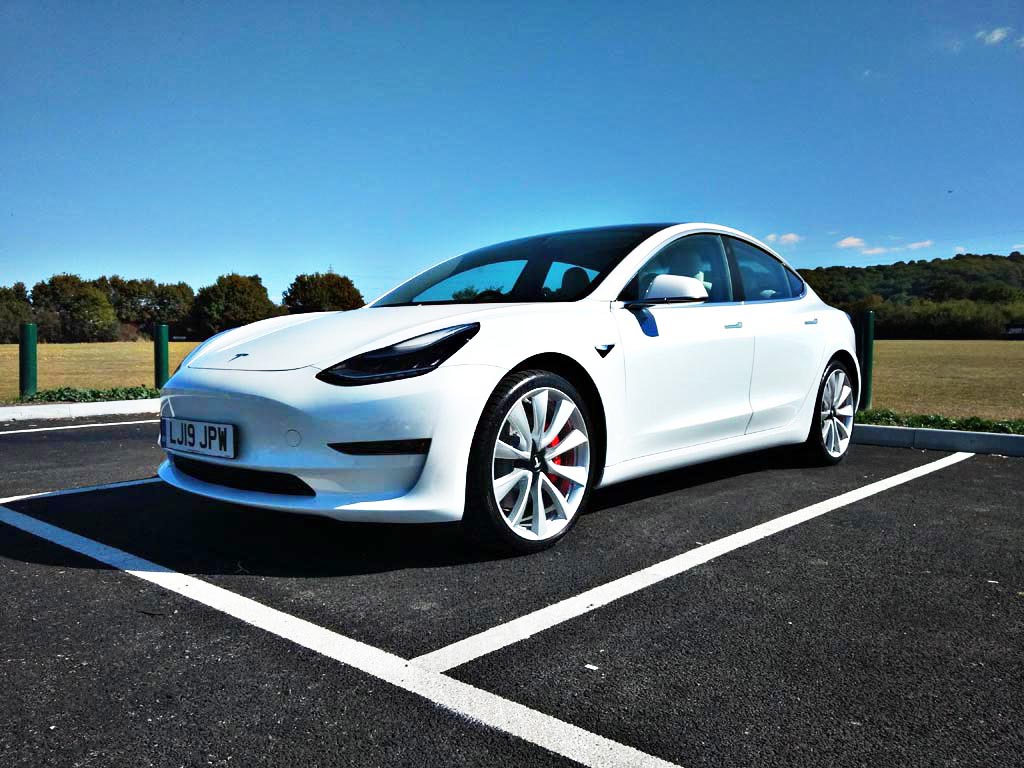 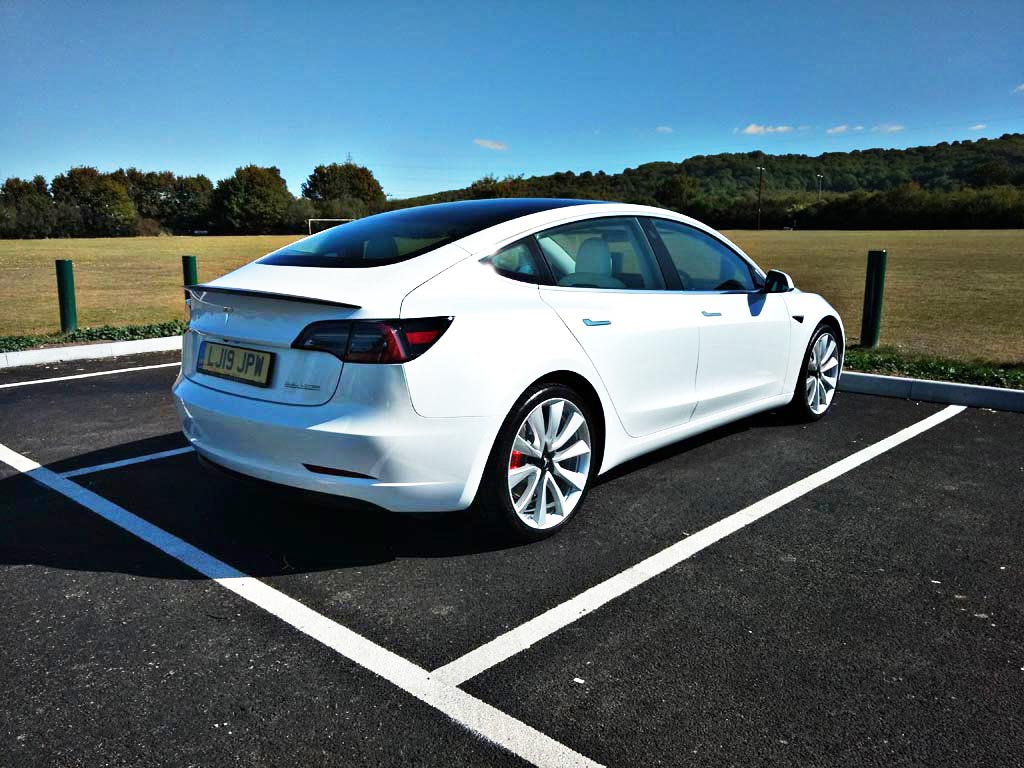 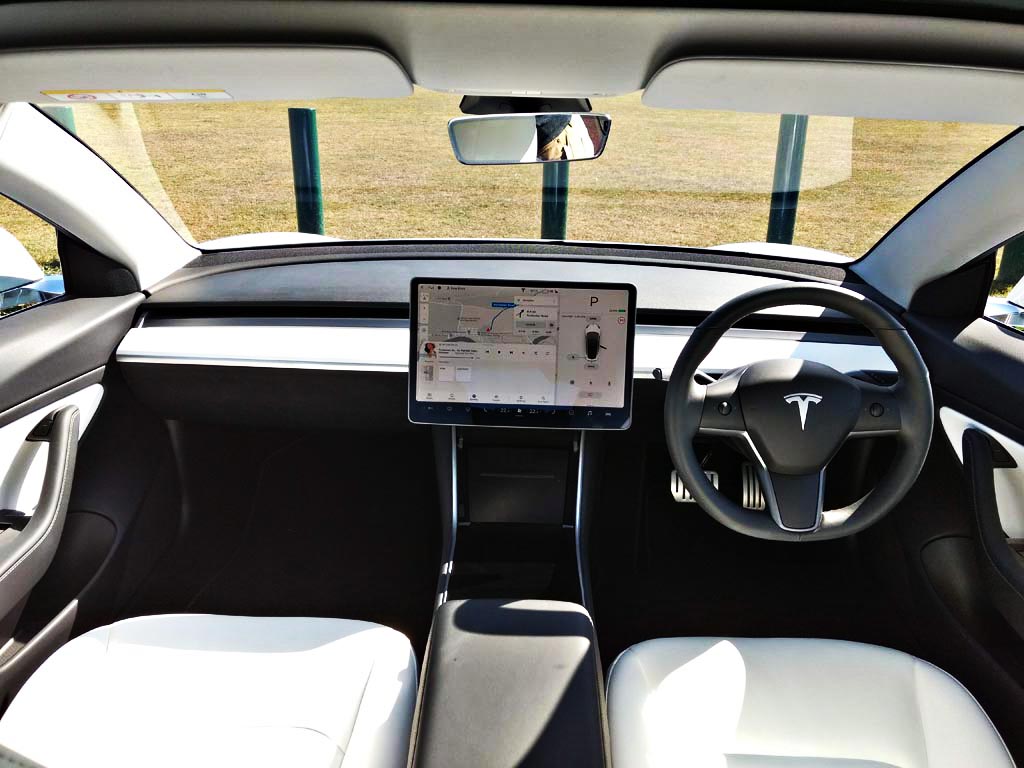 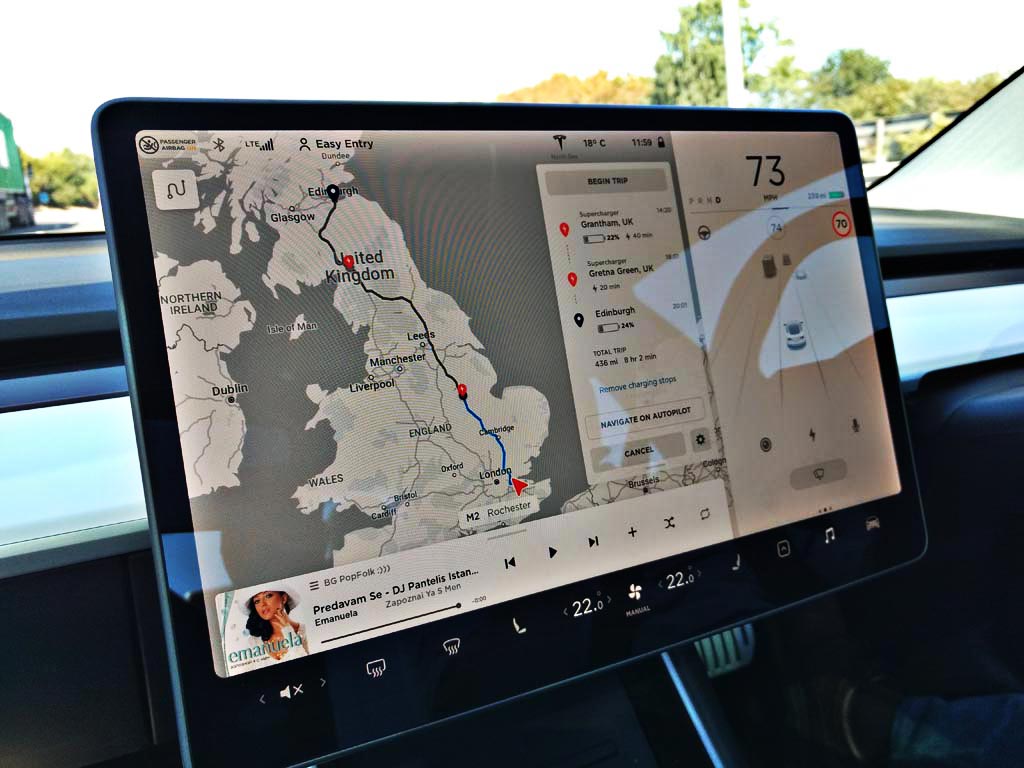 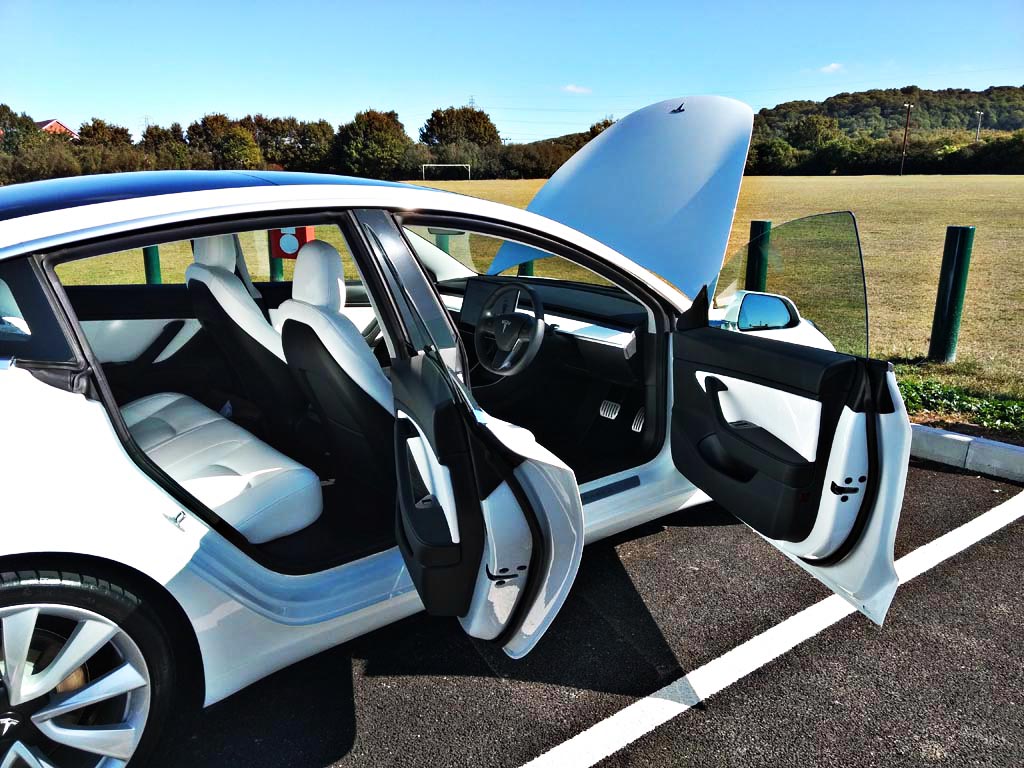 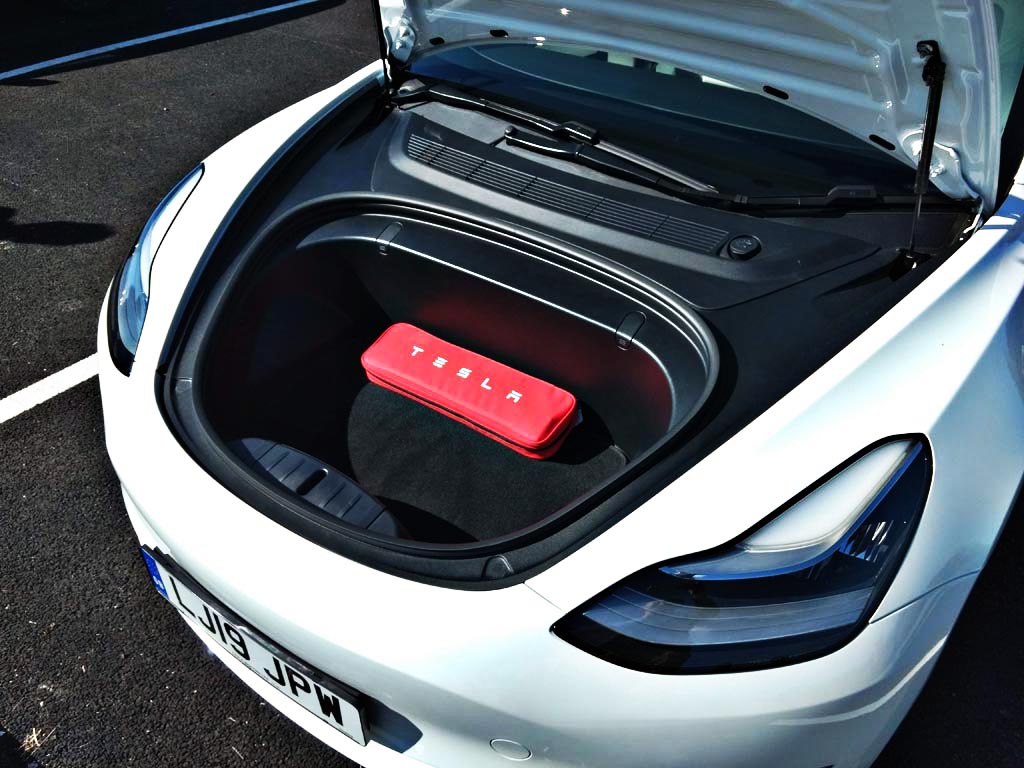 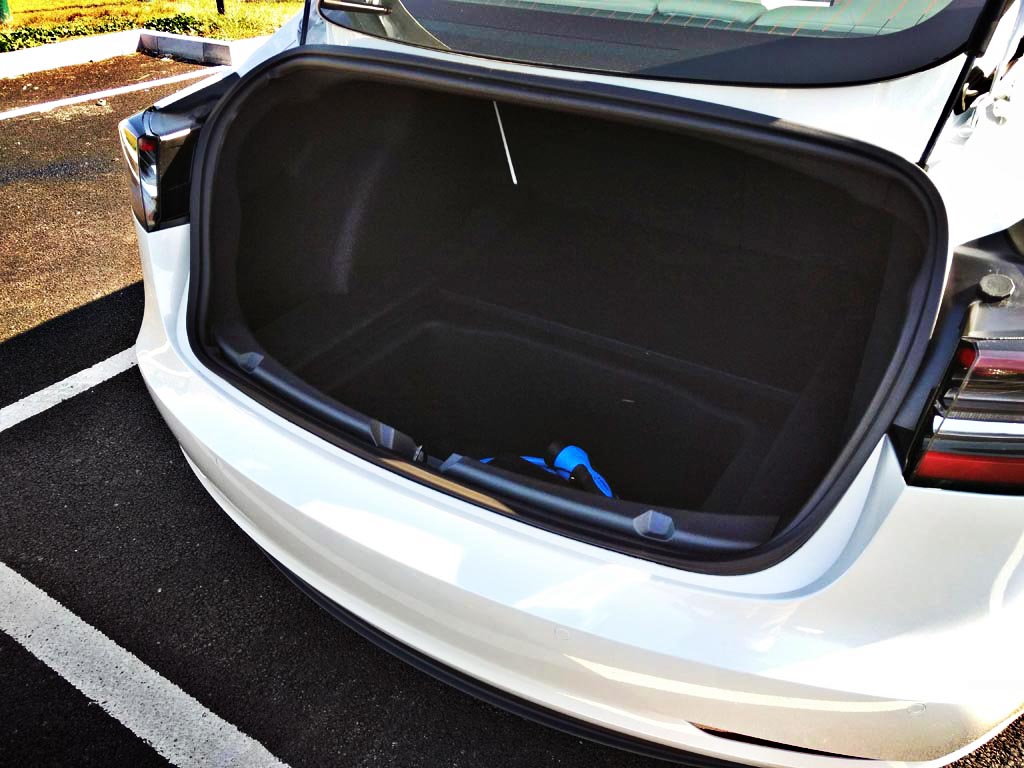 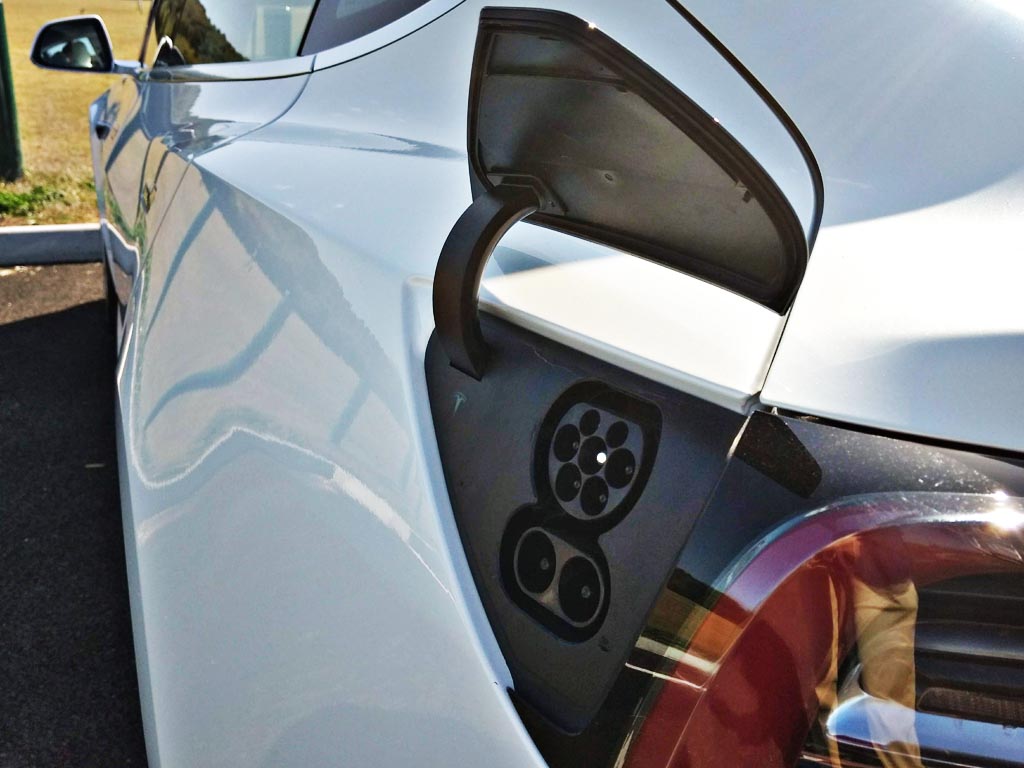 In automotive terms, Tesla’s David has challenged the industry’s Goliath. Taking on the major players at their own game, with an electric powertrain in place of an internal combustion engine isn’t an assured way to win favour, customers or profit.

What Tesla has managed with the Model 3, however, is nothing short of remarkable. Competing against some of the most popular business cars, including the BMW 3 Series, Mercedes C-Class and Audi A4, was never going to be easy. Yet, Tesla’s engineers have cleverly and successfully deconstructed and then re-built what we’ve come to expect from a car in this segment. For instance, the Model 3’s reasonably small exterior proportions belie the cavernous interior that’s possible from a combination of electric gubbins being stuffed under the floor, as well as headroom increases due to a glass roof as standard. Boot space is also massive, but note that access into the rear is only via a saloon-style slot because of the aforementioned glass roof that negates any hatchback possibility, and yes there’s also a front boot.

The result of all this ‘new’ thinking has resulted in something that looks reasonably conventional, with only subtle differences, but which is really very different to everything else you mind find gracing a showroom. Mercifully, while previous Tesla models struggled with build and material quality, the Model 3 doesn’t because that back-to-basics approach has helped the firm go back to basics and construct its best vehicle yet.

On the road the car is easy to drive and rewardingly quiet. There’s some wind noise, but nothing obtrusive and handling is perfectly balanced thanks to the car’s exceptionally low centre of gravity and centred weight distribution. All controls except the indicators and wipers are bundled into the touchscreen, which can make it a little tricky to poke correctly when at speed, for example to change the regenerative braking level. Glancing left to read the speedo also takes some getting used to. But driving the Model 3 is a fundamentally enjoyable experience. Acceleration is neck-snappingly rapid, and range disappears into insignificance. There’s also a definite level of refinement with this car that was absent in the Model S and Model X, despite the Model 3 being the cheapest of the three.

Inside, the single-beam featureless dashboard only has a 15-inch touchscreen and steering wheel to liven things up – there aren’t even adjustable air vents – which aids interior quality and creates an unusual BauHaus minimalist design. It’s a very pleasant place to be sat.

Famously in “production hell” Model 3 can be ordered in various guises, with Standard Range or Long Range battery, and rear- or all-wheel drive. The base model is the key fleet choice, while the top-spec Performance option offers blistering acceleration with 0-62mph in just over 3 seconds, should you feel the need.

A major deviation from Tesla of old is the introduction of CCS rapid charging, and the car also comes with the fastest charging battery on the market (bar the Porsche Taycan). In real terms, this means less time spent charging and more places to charge, adding convenience.

Useful for fleets, the car has no physical key and instead relies on being unlocked using either a mobile phone or a key card, which should add convenient car-sharing.

The Verdict
Crucially, Model 3 lives up to expectations. It offers a successful minimal design that costs Tesla less, but hasn’t come at the expense of quality. Although relatively expensive, its running costs should more than compensate.