By Alex Grant / 5 years ago / International News, Tech / No Comments

A consortium of public and private companies has launched a four-year research project in Germany, studying how electric cars and bikes can be used to reduce noise and air pollution in cities. 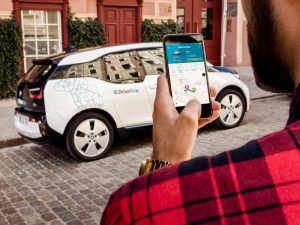 The City2Share project is launching in Munich and Hamburg, and will begin with tests of a multi-modal transport system enabling seamless travel through shared electric vehicles and bikes, as well as the metro, bus and tram. It will also investigate an urban delivery concept, using electric bikes.

Partners include BMW Group, the City of Munich, SWM and MVG, Hamburger Hochbahn, Siemens, UPS, DriveNow, the Universität der Bundeswehr München, TU Dresden and the German Institute of Urban Affairs (difu), and it’s hoped that the project will offer a framework for similar systems to be deployed in other cities.