The Department for Transport has opened its consultation into plans to end the sale of new petrol, diesel and hybrid cars and vans by 2035, or earlier if possible. 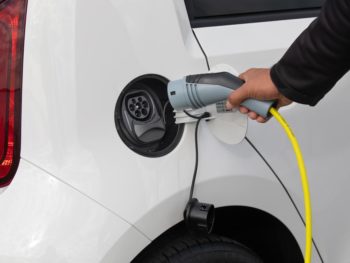 Fleets can now have their say on plans to end the sale of petrol, diesel and hybrid cars and vans from 2035 or earlier

The plans were revealed two weeks ago – with the Government having since said the ban could kick in as soon as 2032, leaving fleets with just 12 years to make the shift to fully electric vehicles; it’s been accused of moving the goalposts by planning to now exclude hybrids, despite the Department for Transport having previously said it would only be mild hybrids and ‘conventional’ petrol and diesels banned.

There’s already been increased calls for the Government to provide details on the future of the Plug-in Grants as well as clarity on Benefit-in-Kind plans going forwards; both seen as vital in helping fleets and drivers make the switch to plug-in vehicles.

Now, the Government has revealed further details of the consultation on its plans. Open until 11:45pm on 29 May 2020, this invites views on the phase-out date, the definition of what should be phased out, barriers to achieving the proposals, the impact of these ambitions on different sectors of industry and society, and the measures required by government and others to achieve the earlier phase-out date.

Responses can be emailed to [email protected] or written submissions can be sent to OLEV. For more details, click here.Government opens consultation on petrol, diesel and hybrid vehicle ban