HMRC issues mileage rates for EVs, but not PHEVs

HM Revenue and Customs has confirmed Advisory Fuel Rates valid from 1 September, including electric vehicles for the first time but not plug-in hybrids, despite ongoing calls from fleets to issue these too. 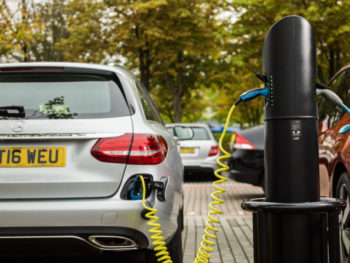 The lack of AFRs for plug-in hybrids means drivers aren’t incentivised to use them properly, experts have warned.

The latest AFRs introduce a flat 4p per mile rate for electric vehicles, marking the first time HMRC has recognised electricity as a fuel. It follows a petition from ACFO to launch these figures, but says hybrid vehicles – including plug-in hybrids – should be treated as petrol or diesel vehicles.

This has raised concerns that it could lead to PHEVs not being used correctly, as plugging them in is not incentivised. An issue raised as part of Fleet World’s campaign to Save the Company Car, which launched in July, arguing that inadequate incentives are slowing fleets’ ULEV uptake. Operators can, of course, set their own rates if necessary.

Ashley Barnett, Head of Consultancy at Lex Autolease, said: “Many fleet operators resort to existing AFR rates. From the perspective of a driver with a plug-in hybrid vehicle using the same AFR as drivers of traditionally fuelled vehicles, where is the incentive to charge-up instead of fuelling-up? They receive the same reimbursement either way.

“If an AFR was set specifically for plug-in hybrids at say eight or nine pence per mile, it would encourage drivers to plug-in and charge the vehicle rather than refuelling. The implementation of a specific AFR could really help companies to realise the full environmental and cost benefits of a plug-in hybrid vehicle.”

Andrea Lee, a senior campaigner at ClientEarth, also addressed the need for reform, adding: “The current fiscal system has contributed to the problem that we are in now and is not doing enough to get us out of it quickly. The Treasury needs to stop slowing down and blocking action on air pollution and help develop fiscal policies that will not only help protect people’s health through the uptake of cleaner forms of transport, but also drive innovation and investment that would make the UK a world leader in the clean technology solutions that we and other countries around the world need.”

In addition to the electric vehicle rate, the new figures include a 1p per mile increase for petrol vehicles with a capacity of 2,000cc or less, diesel vehicles between 1,601cc and 2,000cc, and a 1p per mile reduction for LPG vehicles over 2,000cc. Other rates are unchanged. Fleets can use the previous rates for up to one month from the date the new rates apply.