Governments and cities are being warned not to focus solely on the eco benefits of electric vehicles as latest research finds hybrids could provide the most effective means of reducing CO2 in the immediate term. 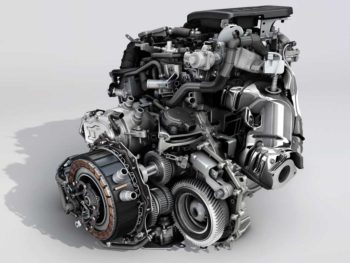 According to Emissions Analytics, a focus on battery electric vehicles is crowding out a more effective programme of mass hybridisation based on available resources.

“Put another way, given the urgency of the need to reduce CO2, paradoxically BEVs may not be the best way to achieve it with their supply chain, production capacity, infrastructure and customer acceptance challenge,” the firm says.

Instead, it outlines that cities in Europe can be brought into compliance requirements for the next decade, using conventional internal combustion engines, with technology on the market today.

In particular, the firm’s research puts focus on “efficient deployment of available battery capacity between competing applications” which it says is critical to maximising fleet CO2 reduction.

The firm’s data includes work on mild and full hybrids, excluding plug-ins, looking at the average tailpipe CO2 reductions that are achievable with models that are currently on the market, or that have been sold over the last seven years since Emissions Analytics started its test programme.

In total, 95 hybrid models were tested, including five diesels. The average US reduction is larger than in Europe due to the typically higher CO2 emissions starting point of US vehicles, and often the latest hybrid technology is launched in the US market earlier.

With the EU’s post-2021 CO2 reduction target for passenger cars is 37.5% by 2030, the average figure of 30% highlighted above shows that widespread non-plug-in hybridisation with currently available technology would achieve over three-quarters of that 37.5% target.  And as more efficient fourth-generation hybrids enter the market along with plug-in hybrids and other developments, it’s plausible that the 2030 target could be met without the need for full electric vehicles.

Emissions Analytics also used this data to measure the effectiveness of various electrified vehicles at reducing CO2 based per unit of battery size. The results, which include three different illustrative scenarios for plug-ins depending on varying battery utilisation, show that mild hybrids are clearly the most efficient method of CO2 reduction, followed by full hybrids, given scarce battery production capacity.  Plug-in hybrids are the next most effective after that, but only if they are operated entirely on battery; hard to enforce in practice.  BEVs have the lowest efficiency, primarily due to requiring disproportionately large batteries to accommodate relatively infrequent, extreme usage cases where the driver will otherwise suffer range anxiety.

* Typical battery size across models currently on the market.  The CO2 reduction from BEVs is based on switching from an average internal combustion engine emissions to a zero-emissions BEV.

The firm’s research also shows why a multi-pronged approach to electrification is needed. Although switching from a full petrol to a petrol hybrid can reduce emissions by 34%, there are intermediate issues with supply that could be solved via two routes to short-term CO2 reduction.  First, a switch from petrol to diesel internal combustion engine in practice reduces CO2 emissions by 11% at the tailpipe. A second step then to a diesel mild hybrid delivers a further 6% reduction.  The final swap to full hybrid delivers another 16%, making 34% in total.

Alternatively, a direct switch from petrol to petrol mild hybrid can deliver 11%, followed by a further 23% in moving to full hybrid; this solution could be more suitable in markets such as the US due to the current mix of fuel utilisation.

As such, switching to mild and then full hybrids can bring immediate-term options for significant CO2 reduction.

Above all, Emissions Analytics cautions against unilaterally favouring one technology solution and calls for real-world data to evaluate the CO2 reductions from competing technologies.