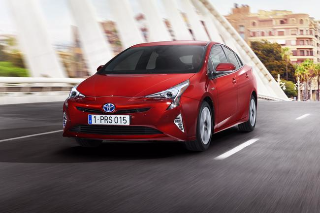 The results of the study, by Dr Eckard Helmers at Trier University with Michel Cames of the University of Luxembourg, were presented to the European Parliament this week by environmental action group Green Budget Europe. These showed hybrid-heavy markets had significantly lower CO2 emissions for new vehicles than Europe’s diesel-dominated fleet.

Despite the steep decline in Europe’s new car CO2 emissions over the last 20 years, Japan has recorded a lower average since 2006, and the gap is growing. In 2013, new cars in Japan (where hybrids have a 22% market share and diesels 1.8%) emitted an average of 108g/km CO2, compared to 128g/km in the European Union, where diesel has a 53% share and 1.4% were petrol hybrids.

Although the results were not adjusted to reflect differences between the Japanese and European test cycles, Helmers said that the difference could be even higher. Laboratory figures derived under the European test cycle have shown increasing deviation from ‘real-world’ economy, according to a 2015 study by the ICCT.

Meanwhile, the gap between petrol and diesel models in Europe was 1.6g/km in 2013, which Helmers noted was largely due to vehicle size. However, he pointed out that the new Toyota Prius emits 73g/km CO2, compared to 90g/km for the similarly-sized Skoda Octavia Greenline diesel, adding that Japanese carmakers now also have an advantage in terms of developing fully electric models.

The study also pointed out that black carbon emissions, another greenhouse gas, are higher for diesel vehicles and aren’t considered with the CO2 output. Although these are almost completely removed by particulate filters, there is only a requirement for emission control systems to work for 160,000km (around 100,000 miles) in Europe, compared to 150,000 miles in the United States.

Based on the results, Green Budget Europe is recommending that policymakers end preferential treatment for diesel engines, including weaker NOx emissions limits and lower tax, to encourage development of hybrid and electric models. The UK has already retained 3% Benefit in Kind levy for diesel engines, and is the only Member State not to have lower tax for diesel fuel per litre.

Previous: Volvo V90 estate to include plug-in hybrid
Next: Toyota's hybrid Juke rival to be unveiled next week