Diesel sales are unlikely to recover in the foreseeable future from the various blows dealt to them, putting hybrids rather than electric or petrol vehicles in the limelight as the “real disruptor” to the market. 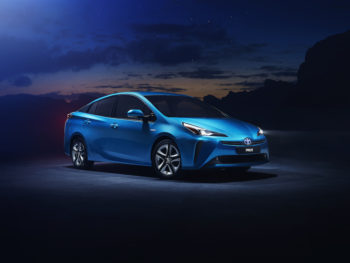 So says UHY Hacker Young as it points out that diesel car sales continue to plunge – far outweighing the rise in petrol sales.

In comparison, hybrid models, such as the Toyota Prius, saw sales rise another 26% to 92,000 in the past year. The category now makes up 4% of all new cars sold.

Paul Daly, automotive partner in the firm’s Manchester office, said: “Between the negative perceptions of diesel engines among buyers, and the Government’s moves to discourage diesel through tax, it’s unlikely that diesel sales will recover in the foreseeable future.”

“This is a shame, as the latest Euro 6 diesels actually make a compelling environmental case, especially for higher mileage drivers”

“Manufacturers and dealerships will have hoped that petrol sales would make up for the shortfall, but that simply hasn’t happened.”

He added: “The real disruptor to the market at present remains hybrids, and battery electric vehicles still have a big gap to close to change that.”

UHY Hacker Young’s figures have been published a fortnight after Emissions Analytics published data showing hybrids are best for CO2 reduction in the short term, based on a focus of “efficient deployment of available battery capacity between competing applications” which it says is critical to maximising fleet CO2 reduction. As such, governments and cities are being warned not to focus solely on the eco benefits of electric vehicles.

Previous: Renault’s Alliance Ventures buys into The Mobility House
Next: EV infrastructure to get a boost following EDF and NEoT partnership