Hyundai planning hybrid or electric i30

Hyundai will add a hybrid or electric drivetrain to the third-generation Hyundai i30, adopting technology from the Ioniq range, in a move similar to Toyota with the Prius. 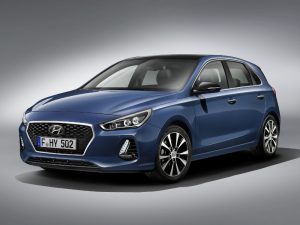 Hyundai is considering a hybrid or electric i30.

Hyundai Motor UK’s ‎president and CEO, Tony Whitehorn said the i30 will be part of a 28-strong alternative fuel line-up launching across Hyundai and Kia by the end of the decade, including electric, hybrid and hydrogen fuel cell models.

In the meantime, the Ioniq range – which launches as a hybrid and battery electric vehicle next month, and will gain a plug-in hybrid next spring – shows the potential of the brand’s electrification technology. Whitehorn expects it to open new doors in the UK fleet sector, helped by growing interest in alternatives to diesel engines and Benefit in Kind advantages for drivers.

Hybrid and electric technology will play a wider role across the group, including potentially for luxury brand Genesis, he added. Currently engineered for Asian and North American markets, and thus equipped with large petrol engines, hybrid versions could mark a defining point which makes Genesis viable in Europe – similar to Lexus – without the need to develop a diesel for the region.