By Natalie Middleton / 2 months ago / International News / No Comments

Kia has revealed its forthcoming Sorento plug-in hybrid, due on sale in early 2021 and providing the lowest emissions and highest performance in the Sorento range. 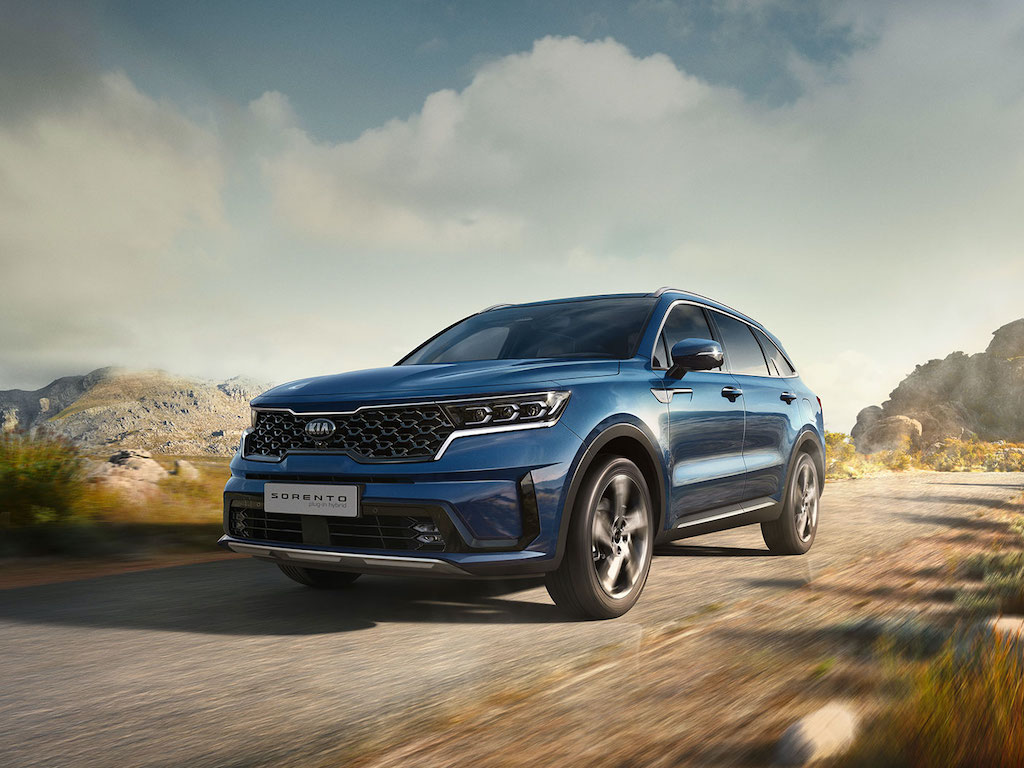 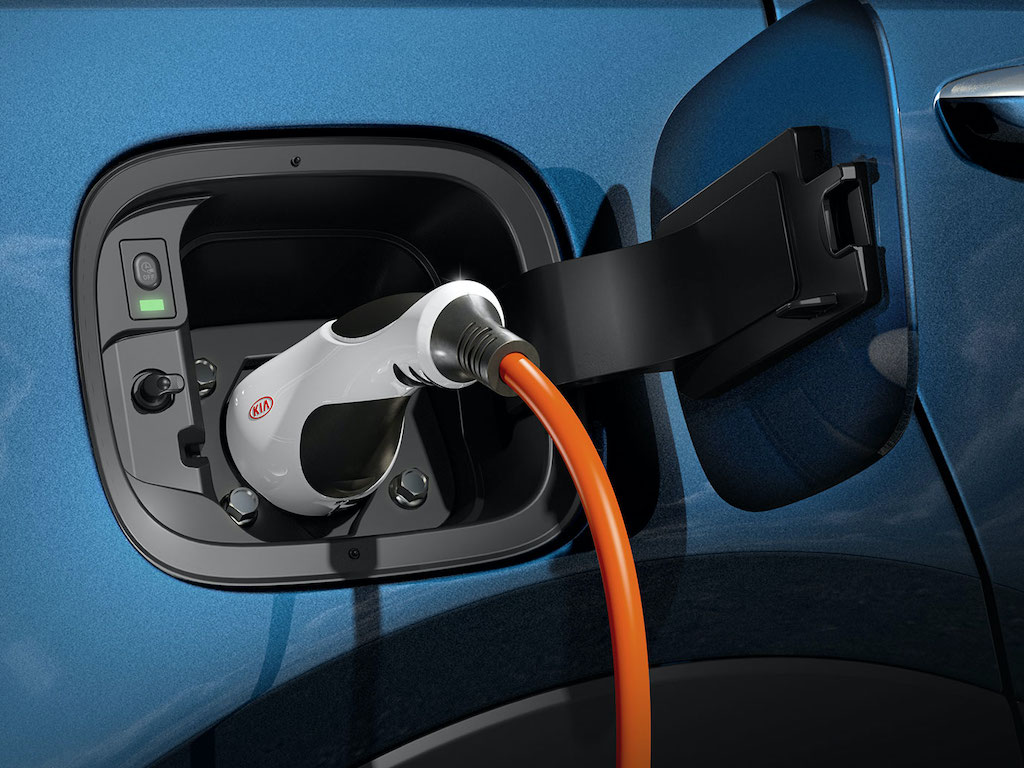 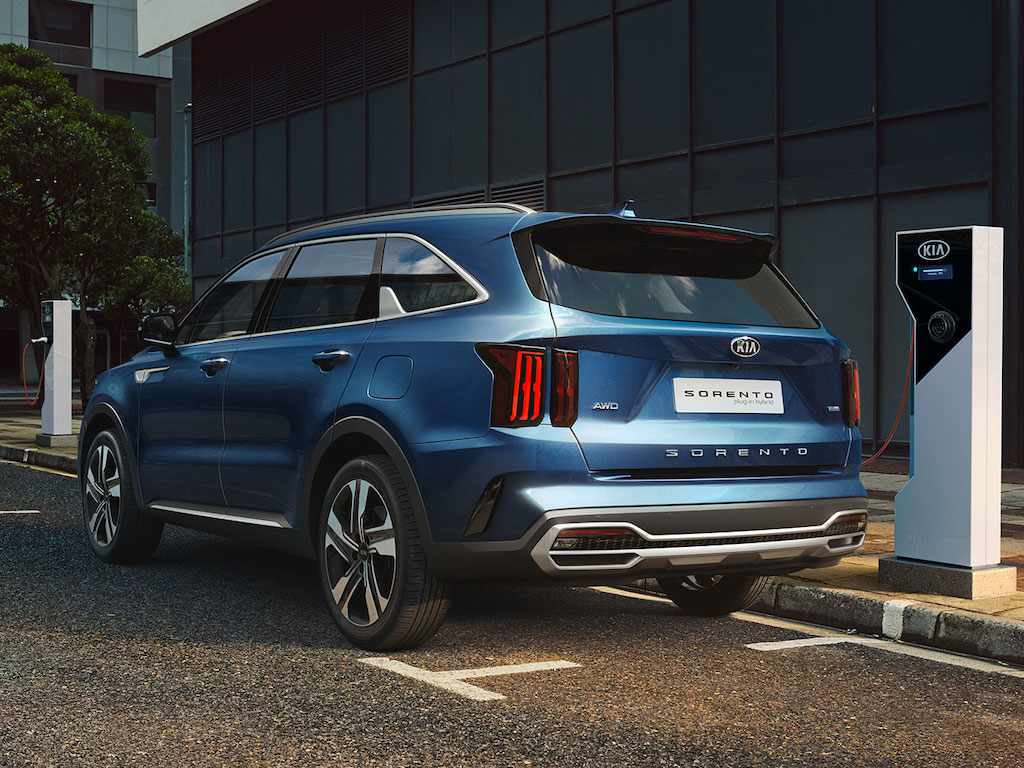 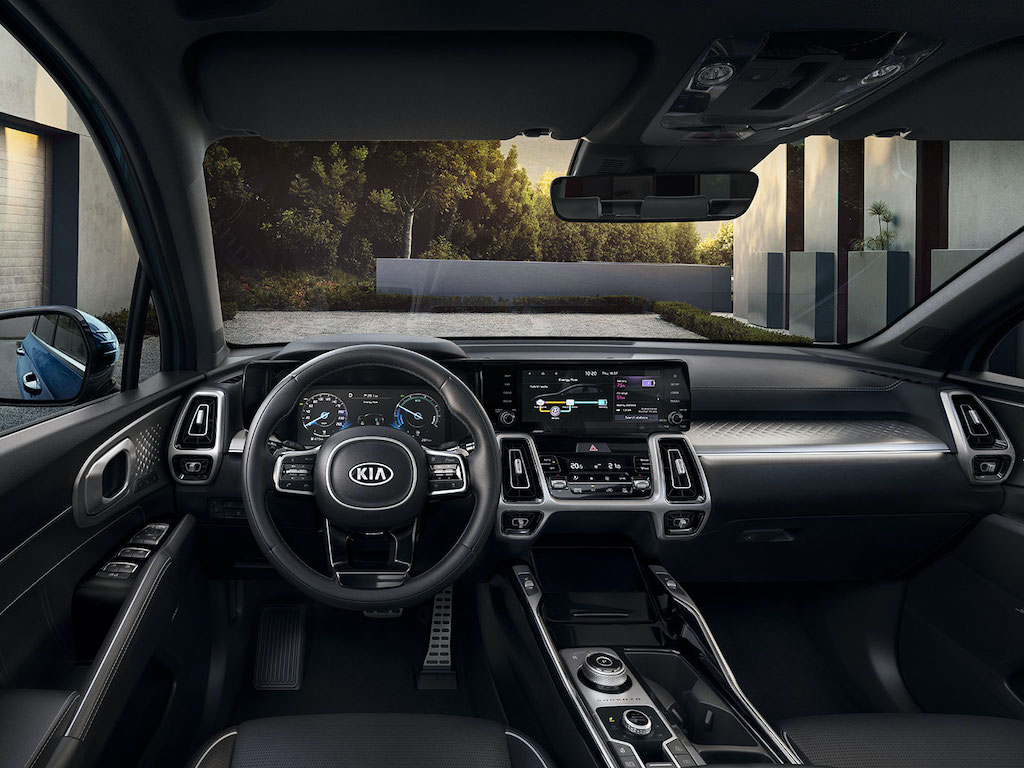 It will sit alongside the new Sorento Hybrid announced earlier this month as part of the line-up for the fourth-gen model revealed this spring.

Both models break new ground for the brand and are part of the Plan S strategy outlined earlier this year – which looks to reach a 25% share of its sales from “eco-friendly” vehicles by the end of 2025. By this date it will  offer 11 fully electric vehicles, including the existing e-Niro and Soul EVs and an EV crossover due 2021.

The powertrain combines a 180hp 1.6-litre T-GDi engine with a 91hp electric motor and six-speed automatic transmission, giving a combined 265hp of power. All-electric range from the 13.8kWh battery pack is still to be announced – as are CO2 emissions – but Kia says it will be able to complete most short drives on electric power alone.

It’s also the most efficient Kia plug-in hybrid to date, marking the brand’s first use of an independent battery pack water-cooling system in a PHEV, ensuring optimal heat management and efficiency for the high-voltage battery pack. The electric motor also uses a new two-stage lamination process for the rotor to reduce noise and vibration levels.

As well as low running costs and high power, the plug-in hybrid Sorento will major on practicality. The new Sorento has been designed from the outset to accommodate electrified powertrains and its new platform and large body ensures the PHEV model retains the cabin and luggage space for the five- and seven-seat models in the line-up.

Boot space stands at 175 litres for the PHEV seven-seater with the third row up (compared to 179 litres for its Hybrid counterpart). With just front- and middle-row seats up, boot space is 809 litres (for seven-seat models) or 898 litres (five-seat models).

Exterior design is carried over from other Sorento models; the PHEVs are only differentiated by ‘eco plug-in’ badges and a charging port on the rear quarters. The cabin also remains largely unchanged, although the 12.3-inch fully-digital instrument cluster is redesigned to feature graphics and dials illustrating powertrain status.

The Sorento’s Safe Exit Assist (SAE) feature also prevents rear doors from opening if the vehicle detects a hazard approaching from behind, such as a cyclist or another vehicle.

The Sorento also implements Kia’s first Multi-Collision Brake system, which enables the Sorento to mitigate the severity of secondary collisions. It automatically applies vehicle brakes when the airbags have been deployed after an initial collision, further protecting occupants from secondary frontal or side impacts.

Sales commence in 2021 with Kia’s seven-year, 100,000 miles warranty included. In the UK, on-sale date, pricing and specification will be announced in the coming months.