UK new car registrations rose 11.5% in March, driven by growth in the fleet sector and by record plug-in vehicle demand. 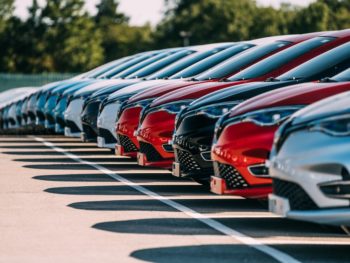 Total new car registrations in the all-important plate change month reached 283,964 units – up by nearly 30,000 on March 2020 when the pandemic hit. While private registrations fell 4.1%, ‘business’ registrations to fleets of fewer than 25 vehicles were up 18.6% to 5,754 units and fleet registrations rose 28.7% to 151,360 units. As a result, car registrations were up for the first time since August, and there is rising optimism that consumer confidence will return, boosted by next week’s reopening of showrooms.

Plug-in vehicle demand also provided some good news in March, reaching its highest-ever volume. Battery electric vehicles (BEVs) and plug-in hybrid vehicles (PHEVs) took a combined market share of 13.9%, up from 7.3% last year as the number of models available to customers increased from 72 to 116. Registrations of BEVs increased by 88.2% to 22,003 units, while PHEVs rose by 152.2% to 17,330. Hybrid electric vehicles (HEVs) also rose 42.0% to reach 21,599 registrations.

Mike Hawes, SMMT chief executive, said: “We know we will see record-breaking growth next month, given April 2020 was a washout, but a strong and sustainable market is possible if customers are attracted to the choice and competitive offer the industry is able to provide within the safest of showroom environments. New plug-in models are already helping drive a recovery but to convince more retail consumers to make the switch, they must be assured these new technologies will be convenient for their driving needs and that means, above all, that the charging infrastructure is there where they need it, and when they need it.”

And Jamie Hamilton, head of electric vehicles at Deloitte, also warned that the recent cuts to the Plug-in Car Grant could impact EV demand, and said that communicating the other cost savings of EVs, such as lower Benefit-in-Kind taxes and the overall reduced running costs will be key.

“Around half of new registrations are fleet and company cars so businesses also have a greater role to play. The value of Benefit-in-Kind for electric cars, and the opportunity to structure this through salary sacrifice, will continue to be the main driver of fleet sales, providing an ongoing financial incentive for businesses and their employees to switch.

“For personal purchases, a fully functioning used EV market will be important to maintain take up, particularly amongst cost-conscious consumers. Brand new vehicles typically take three years to enter the used car market so incentives for this segment could prove beneficial.”

Ashley Barnett, head of consultancy at Lex Autolease, also said there was a need for continued fiscal support to encourage widespread EV uptake.

“The Government’s recent policy change to electric car grants has caught the industry by surprise. While entry-level models from many manufacturers will continue to qualify for a subsidy, more expensive vehicles – which are likely to have a bigger battery and longer range – are no longer eligible. We’ll no doubt see the impact of this unfold over the coming months.

“Government departments and industry bodies need to work together to maximise the opportunities to encourage EV uptake and reassure manufacturers that the UK is leading the EV charge. Now is the time for sustained investment as we accelerate along the road to zero.

“We’re continuing to see a growing demand from customers to align their fleets with their corporate sustainability plans. The Government’s recent consultation on mandatory climate-related financial disclosure will place a greater emphasis on the grey fleet and its role in reducing overall emissions.”