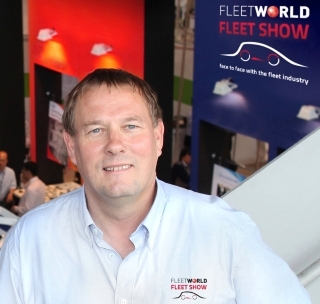 This year’s Show on Tuesday 12 May has already attracted a record number of vehicle manufacturers, including several who have never participated in the event before, such as Ford Motor Company and the Fiat Group.

There will be 24 separate vehicle manufacturers at the event – itself a new show record – and they will be displaying the very latest in powertrain developments, including the most recent low-emission, tax-busting conventional ICE (Internal Combustion Engine) advances, and the newest hybrid and electric technology.

For example, BMW’s i range, comprising the i3 electric and range-extended electric vehicle and i8 plug-in hybrid supercar, will be on show with a comprehensive line-up of support packages, including access to charging networks, home charging solutions and the use of conventionally-powered cars for long trips.

Californian all-electric luxury car manufacturer, Tesla, meanwhile has shaken up the luxury car market with its Model S, which offers a range of up to 310 miles on the New European Driving Cycle (NEDC).

Tesla is steadily rolling out a network of superchargers across the UK which offer free charging for life, and can top a battery up to 80% capacity in half an hour. The network already extends from Edinburgh to Exeter, while new units near Maidstone, Kent connect to a Continental network that runs from the Arctic Circle to the Mediterranean Sea.

Many experts believe, however, that fuel cell technology will ultimately deliver the propulsion mode of the future, and Korean manufacturer, Hyundai, is already leasing ix35 FCEV hydrogen fuel cell vehicles to fleets in the UK, albeit in small numbers at the moment, as well as appointing a sustainable fuel development manager to oversee the project.

A host of other vehicle manufacturers, including Citroën, Honda, Infiniti, Jaguar, Kia, Land Rover, Lexus,Mazda, Mini, Nissan, Peugeot, Renault, Toyota and Vauxhall, are expected to have their latest low emission, hybrid and EV offerings at the show, both on display and available for test driving.

At the same time, electric charging and accessories companies, including Charging Solutions, EV Connectors and Schneider Electric, will also be exhibiting at the Show to provide fleet decision-makers with a complete overview of some of the very latest technological developments.

‘Automotive technology continues to develop at a staggering pace and visitors to the Fleet Show can experience not only the latest powertrain, safety and driving technologies from the motor manufacturers, but also a wide range of technology developments from other fleet suppliers,’ said Jerry Ramsdale, show director and publisher of Fleet World.

‘We are delighted with the number of new technology initiatives that will be at this year’s Show. The event promises to provide fleet decision-makers with a number of compelling reasons to take a day out of their busy schedules and attend the event,’ he said.

Show visitors will again be able to experience test driving on three circuits of the world-famous Silverstone Grand Prix venue, plus off-road driving on the 4×4 course. Full details of all models available for driving will be released nearer the time.

The highly successful fleet training sessions first introduced last year, which involve a series of interactive workshops run by practising fleet managers, will be repeated again this year and are perfect for anyone wanting to find out more about fleet management.

In addition, halls 1-3 of the Silverstone Wing will again play host to a wide-ranging fleet exhibition boasting a diverse array of exhibitors. This will also provide Show visitors with the chance to hold face-to-face meetings and network with exhibitors and other visitors alike.

This year’s Show sold-out its existing footprint before Christmas, prompting organisers to make additional space available in hall 3 to cope with the extra demand, on a first come, first served basis.

Jerry Ramsdale added: ‘Anyone who wants to exhibit at Silverstone in May needs to get in touch as soon as possible as there is a limited amount of space still available. Demand has been overwhelming, following the outstanding success of last year’s event which saw record numbers of high-quality visitors.’